What are Genes?
Genes are the fundamental units of heredity—they provide the instruction for a particular trait such as hair or eye color. Genes are made up of a chemical called deoxyribonucleic acid, or DNA. Each gene contains the information needed for making a specific protein, and each protein has a particular function in the body, such as manufacturing enzymes for biochemical processes. 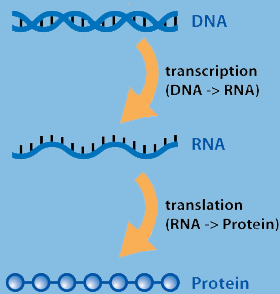 Autosomal Dominant Inheritance
In dominant conditions, individuals who have a mutation in one copy of a gene are affected by the disorder, or they are at an increased risk of developing the disorder. Dominant conditions are often inherited from affected parents. Parents pass down one copy of each of their genes to their children. This means the child of someone with a dominant genetic condition  has a 50% chance of inheriting the genetic mutation and the disorder, and a 50% chance of inheriting the functional copy of the gene.

Sometimes a dominant mutation can appear in an individual even if neither parent has the mutation. Such occurrences, referred to as “de novo” mutations, arise when a new mutation occurs in a sperm or egg cell, or in the fertilized egg itself.

In recessive conditions, individuals are affected if both copies of the gene associated with the disease have a mutation. Someone with a mutation in one copy of a disease causing gene is known as a carrier. Carriers do not have the genetic condition themselves, but are at risk of passing on the condition to their children.

Carriers of autosomal recessive disorders often have no family history of the disorder, because these conditions require both parents to be carriers, and carriers are typically healthy.

Approximately 1 in 4 Jews is a carrier for one of 51 "Jewish" genetic disorders, included in the Center's carrier screening panel.

More than half of program participants are carriers of at least one of the 260 genetic conditions on the Center's expanded carrier screening panel.

Our affordable, accessible carrier screening program uses advanced technology to provide comprehensive screening for Jewish and interfaith couples. Visit our Get Screened page to learn more about our program and how to register!