While approximately 3,700 Americans and Canadians moved to Israel last year, Norman turned 94 on July 4, and Doris is 91. 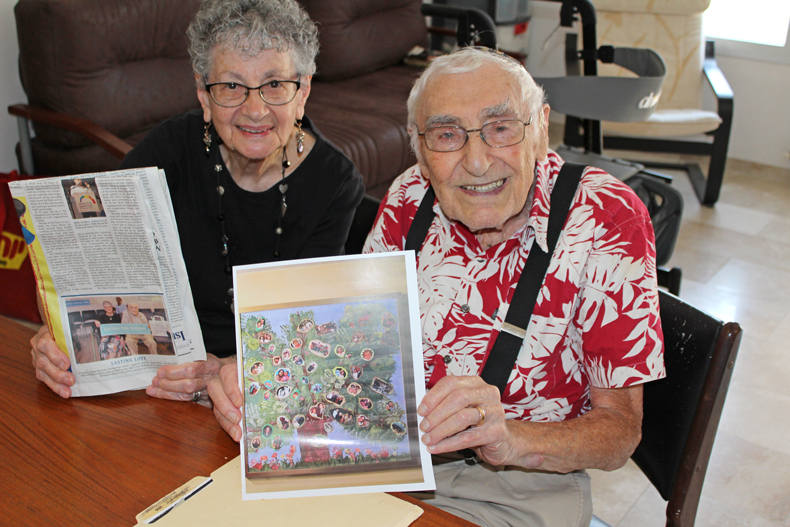 In their Jerusalem apartment, Norman Levitz holds a family tree as his wife, Dvorah, displays a newspaper photograph taken after they decided to live in Israel. Photo credit: Hillel Kuttler.

When Norman and Doris Levitz landed in Israel in late March, they planned for their annual Passover visit to last longer than usual so they could attend their granddaughter's bat mitzvah on June 7.

It's lasting longer, alright. On June 6 -- a week before the date stamped on their return ticket -- the Lakeview couple officially became Israeli citizens. They have no plans to return to Chicago -- not even to sell their house and prepare its contents for shipment. The Levitzes' nieces are handling those tasks.

While approximately 3,700 Americans and Canadians moved to Israel last year, the couple stands out: Norman turned 94 on July 4, and Doris is 91. According to an official with the immigration-assistance organization Nefesh B'Nefesh, the Levitzes are the second oldest North American immigrant couple in recent memory, after 95- and 93-year-olds in 2012.

Doris celebrated their aliyah (immigration) by changing her name to Dvorah, in memory of her paternal grandmother from Latvia.

During some of the couple's 40 visits to Israel to see their family -- son Ephraim, 58, a rabbi and a teacher in Beit Shemesh; daughter-in-law Nurit; seven grandchildren and 16 great-grandchildren -- Dvorah raised with Norman the idea of settling in the Jewish state. Ephraim weighed in, too. But Norman hesitated.

This time was different.

"It was a quick decision not to go home. We loved our house in Chicago, our synagogue -- but when it came time to move, we did it," Norman explained while sitting beside his wife of 71 years at the kitchen table of their rental apartment in the Jerusalem neighborhood of Arnona, a few blocks from the new American embassy.

While they lived in Chicago, Norman and Dvorah, Golden Givers to JUF's Annual Campaign, actively volunteered through TOV and the JUF Uptown Cafe.

"We were in the house 48 years. We made a decision and we're not looking back. Israel's a fantastic country," said Norman, who worked as a chemical engineer for 40 years at the University of Chicago's Argonne National Laboratory.

"As long as you have each other, it's like you have a million dollars. I wouldn't be happy without him," said Dvorah, who worked for 22 years as allergy researcher at Northwestern University.

They're settling in, with plenty of help.

Their Israeli kin helped them open a bank account and select a healthcare plan, and escort them to medical appointments. Norman and Dvorah visited a retirement community in the mountains west of Jerusalem -- they're number two on the waiting list. Grandson Amichai, a contractor, works in the city and stops by daily. Granddaughter Naama Levitz Applbaum, a rabbi, lives a few neighborhoods away. The teenage son of one of Amichai's employees takes Norman for walks in the park. Most weekends, the Levitzes spend Shabbat at Ephraim's home. Dvorah plans to enroll in an ulpan, an intensive Hebrew-language course for new immigrants. 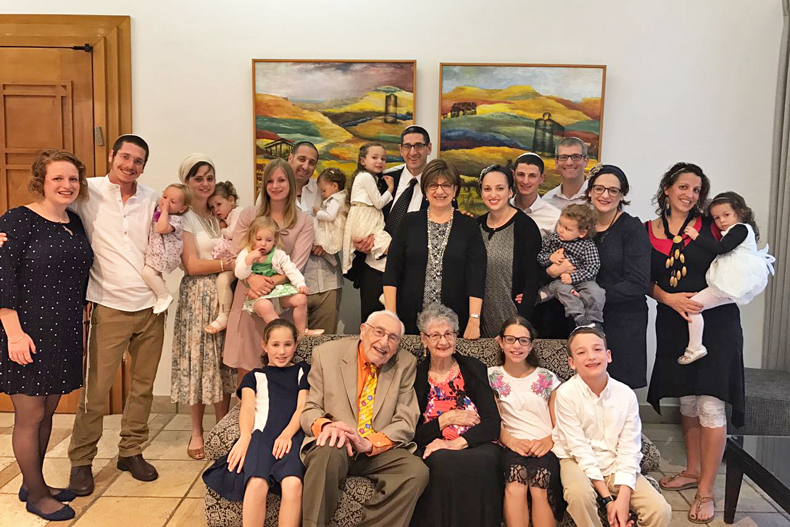 Not all the clan is in Israel. Another of the Levitzes' three children, Sidney, 60, is the executive chef at North Central College, in Naperville, Ill. Bruce, 64, is a lawyer in northern California.

When the couple phoned Sidney and Bruce to convey the news, they "almost fell off the chair, but they said, 'Go for it!'" Dvorah said. Her friends in Chicago? "They nearly fainted."

Along with them, Norman and Dvorah miss the operas and ballets they attended each season, along with an occasional Cubs game. Norman fondly remembers attending services at Anshe Sholom B'nai Israel Congregation three mornings a week, strolling with his walker or bicycling on his three-wheeler.

Ephraim is thrilled with his parents' move.

"It's a privilege to take care of your parents in their later years. They're very independent people, but they're at the stage that they need help, and we're able to give it. That's the most satisfying thing. The whole structure of kibud av va'em -- the commandment to honor one's parents -- to be able to love them, care for them, help them -- I think it's beautiful."

Ephraim made aliyah himself upon graduating from Ida Crown Jewish Academy in 1978, after a class trip to Israel. In 1979, the Levitzes visited Ephraim in Israel, and the rabbi of his yeshiva hosted them for Shabbat dinner. The meal made an impact.

"Everyone was so hospitable and happy to see us," Dvorah recalled. "It was a wonderful experience."

Over the years, the Levitzes stopped in to see the rabbi. Just after their aliyah, he called.

His message was direct: "Welcome home."

Hillel Kuttler is a freelance writer living in Israel. 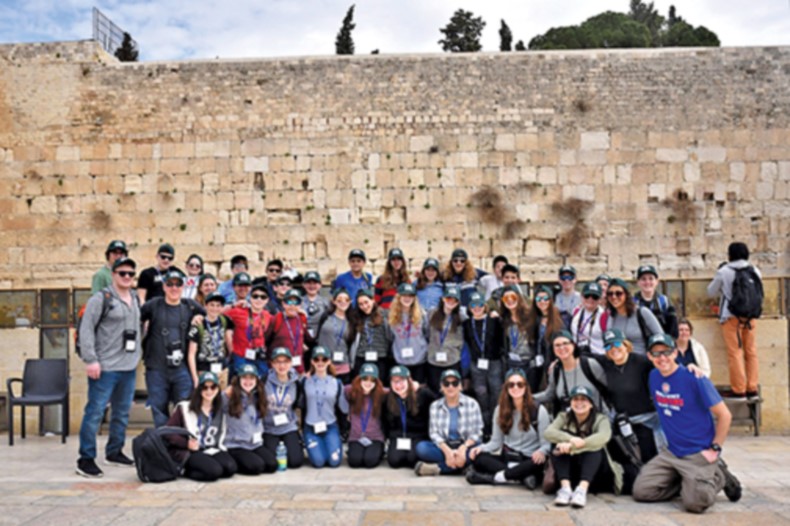 Israel
Passing on the Jewish story through Israel education
To truly understand Israel, understand its long, long history. Fortunately, there are many fascinating ways to do that.
Israel
At the border’s gate
Hillel Kuttler made visits in April to two places along Israel’s border. June’s dispatch was from Metulla, overlooking Lebanon. This month’s report is from the northeastern Golan Heights. 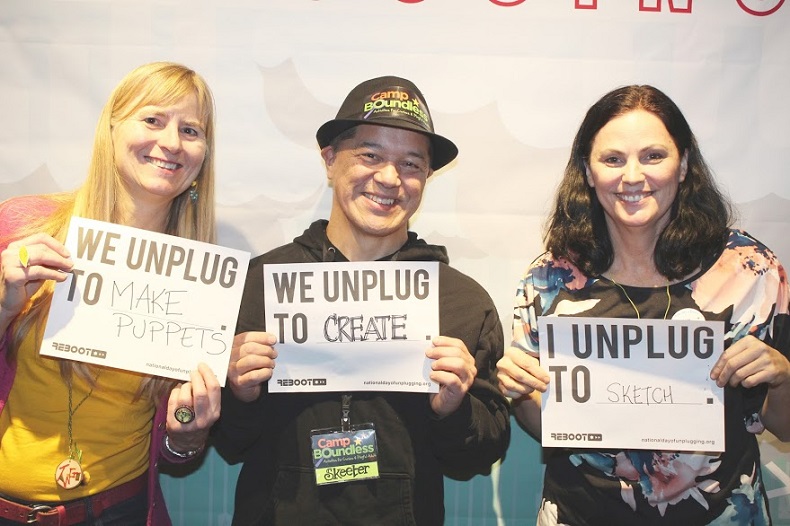 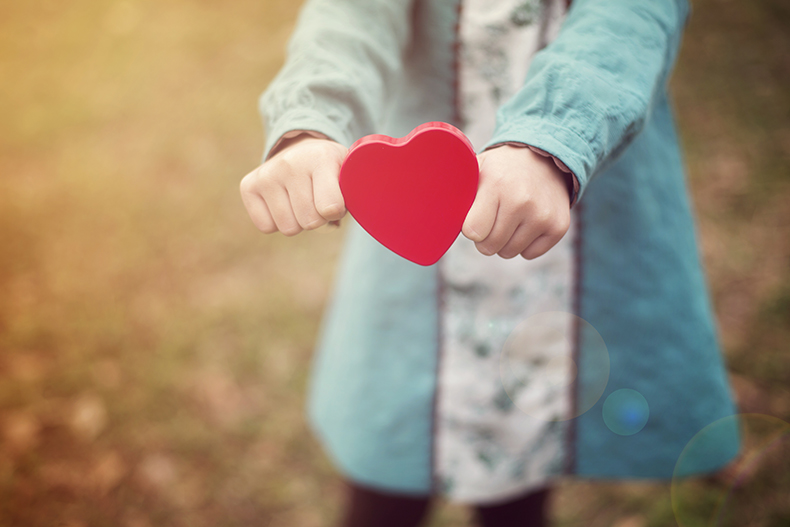