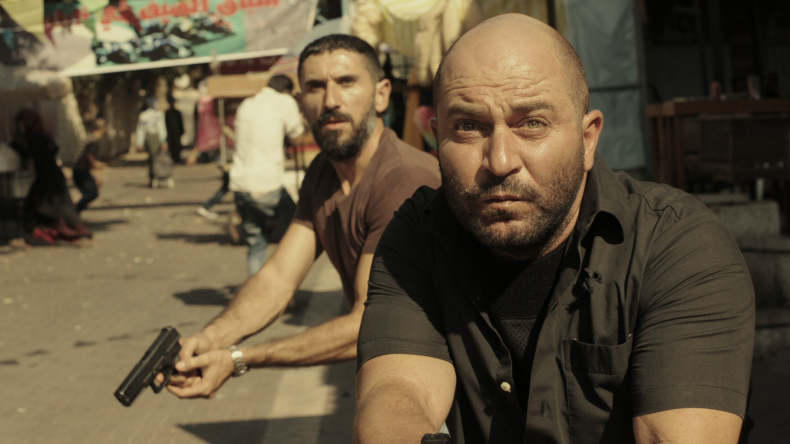 Israeli filmmaking has come a long way since its early days. Our embryonic film industry scored limited success during the 1950s and 60s.

The cases of Israelis making it big in the film industry were so few and far between that the filmmakers who succeeded became instant heroes and celebrities in their native country. Notable examples include actor Chaim Topol and producer/director duo Menahem Golan and Yoram Globus.

But starting in the 1990s and then picking up steam (and shekels ) in the early 2000s, the Israeli entertainment industry has started making memorable and high-grossing films and TV shows, many of which have been picked up for distribution by American networks and Netflix.

Fauda is a case in point. The riveting series, currently in its third season, tells the story of a secret IDF unit tasked with impersonating Arabs and infiltrating Palestinian society in search of terrorists. The Netflix show mixes a shoot-'em-up action style with touches of romance and a high dose of psychology as the viewer is drawn into the intricacies of the Israeli-Palestinian conflict as seen through the eyes of fighters and civilians.

The series takes place within our complex geo-political situation. But what makes the series so successful is the fact that, although made by Israelis, it steers clear of the boilerplate, unidimensional depiction of the IDF soldiers as heroes and the Palestinians as villains.

Instead, the show humanizes both the Israelis and the Palestinians, focusing on their psychological makeup, motivations, families, loves, and lives beyond the conflict. Nobody and neither side are wholly "good" nor "bad" and that context and perspective determine one's relative position. This almost-balanced depiction-it still shows the Israelis as fighting Palestinian terrorism-makes the show popular in, of all places, the Gaza Strip where even Hamas and its supporters are known to enjoy it. In the Persian Gulf states, too, Fauda is a big hit.

The show has broad appeal around the world. So, too, do other Israeli shows like In Treatment , about a psychiatrist and his patients, and Homeland , which was re-shot with an American cast and setting, but is based on an Israeli show.

Beauty and the Baker is another successful Israeli series that tackles a universal theme-a love story between a working-class boy and an international supermodel-a conflict of gender, social class, and status that appeal to viewers worldwide.

Shtisel -exploring a family living in an ultra-Orthodox neighborhood of Jerusalem reckoning with love, loss, and the doldrums of daily life-is another compelling Israeli drama that has attracted a large Netflix audience.

In the first four decades of statehood, Israeli films tended to be very localized, focusing on themes that would be esoteric to foreign audiences. The films chronicled very Israeli experiences, focusing on life in times of war and conflict.

Once Israeli filmmakers disentangled themselves from the local and started exploring universal themes, they could break out of our national borders and gain audiences abroad.

Fauda -although set during the Israeli-Arab conflict-explores the psychological conflict of people engaged in a battle for life and death. With the rise of global terrorism, the psychology and the ethical issues the show grapples with have sadly become universal in a post 9-11 world.

Ultimately, the recent success of Israeli film and TV-as well as of actors such as Wonder Woman 's Gal Gadot-is one more aspect of Israel as a "normal" country, one which has reach far beyond its borders.

Israel no longer projects a one-dimensional image of a country at war and surrounded by enemies. Rather, Israel today presents itself as a center of technological innovation, advanced medical research, culinary excellence, and lately-a cinematic hub of universal appeal.

Ofer Bavly is the director general of the JUF Israel Office.