More than 50 people from the Jewish and African-American communities gathered together on Sunday, June 14, to tour historical sites in North Lawndale. 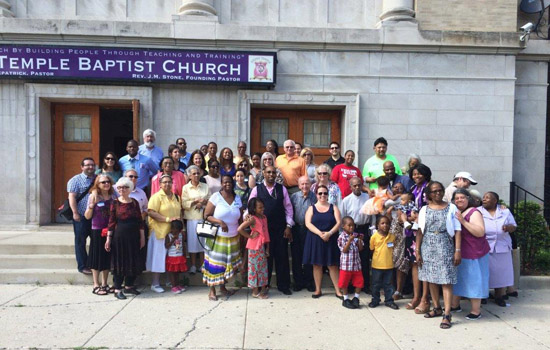 The tour group in front of Stone Temple Baptist Church in North Lawndale.

More than 50 people from the Jewish and African-American communities gathered together on Sunday, June 14, to tour historical sites in North Lawndale, a neighborhood that was once a central hub of Jewish life in Chicago.

The tour, organized by JUF's Jewish Community Relations Council (JCRC) in partnership with Stone Temple Church, enabled leaders to see up close the shared history of both communities in the North Lawndale area. Attendees viewed various historical sites including the former Sears, Roebuck & Co. headquarters where Julius Rosenwald was a part-owner; the Dr. Martin Luther King, Jr. Legacy Apartments, where Dr. King resided in 1966 when he moved to Chicago to advocate for fair housing; and several former synagogues and other notable Jewish landmarks. 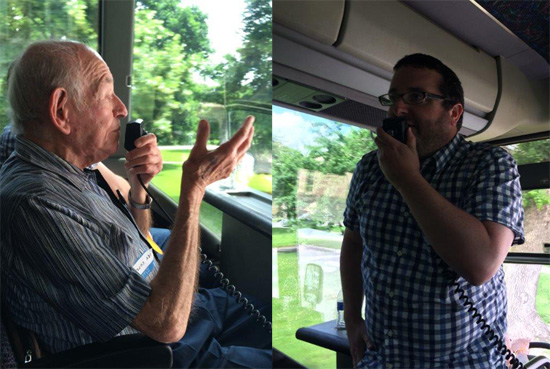 Prior to the tour, participants joined together for a fellowship luncheon at Stone Temple Church, the former site of the First Romanian Jewish Congregation.

In her remarks, Rabbi Geffen noted that the most common commandment in the Bible, appearing 365 times, is "fear not," or "do not fear." She extolled attendees that no matter what you want to do, do not hold back because you are afraid, "just get going." Bishop Fitzpatrick echoed her comments in his sermon and reflected about how the tour is one way for our communities to "just get going" together.

JUF is working in communities throughout Chicago, including North Lawndale with Jewish Federation partners Jewish Child and Family Services and Sinai Health System, to improve the lives of people of all religions. JCRC in particular works with communities of different faiths and ethnicities on important social issues.