The program included reflections on Dr. King’s legacy and on the relationship between the Jewish and African-American communities as well as performances by student musicians from the North Lawndale area. 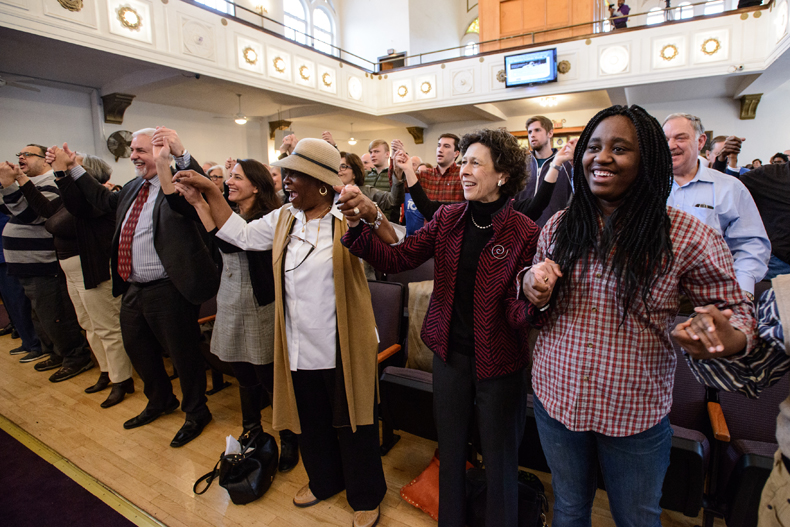 "The band that sings for freedom must get back together," said Bishop Derrick Fitzpatrick during his welcoming remarks at the fourth annual Dr. Martin Luther King Jr. Day commemoration program.

More than 200 members of the Jewish and African-American communities gathered Jan. 16 to affirm a shared commitment to promoting justice, equality and freedom. The program included reflections on King's legacy and on the relationship between the Jewish and African-American communities as well as performances by student musicians from the North Lawndale area.

"We are at a critical juncture in our country's history," said Fitzpatrick, who leads Stone Temple Baptist Church. "We cannot allow the repeat of injustice, the repeat of history. The band that leads the way toward equality and hope must get back together."

"Our two communities have a long history of working together toward making our shared values a reality for all of us," Brown said. "None more so than Dr. King understood that our values must also translate into action. Today, we must look toward tomorrow and in doing so pledge our continued commitment to pursue full equality, safety, opportunity, and justice for all humankind."

The keynote speaker was Shari Runner, president of the Chicago Urban League. She highlighted the kind of transformation required to make the ideals of justice and equality a reality for all Chicagoans and recognized the longstanding partnership between the Jewish and African-American communities. She urged all to confront silence in the face of injustice.

"Silence allows hate to thrive," Runner said. "Dr. King said that 'our lives begin to end the day we become silent about the things that matter.' Silence is not an option."

Prior to the event, 40 volunteers from JUF's TOV Volunteer Network joined Stone Temple members for a special service project, preparing and serving a hot breakfast to the North Lawndale community. Seventh graders from the community also gathered with Chicago Jewish Day School students for a series of games and conversations.

North Lawndale is a historically special place for both African-Americans and Jews in Chicago. The community was once a hub of Jewish life in Chicago and became known as "Chicago's Jerusalem." It was also where King lived in the late 1960s during his affordable housing campaign. King preached at Stone Temple on many occasions even as city administrators threatened to cut off funding from daycare and school programs for letting him speak there.

"We are here to remember what Dr. King did and to remember that we need to push a little further," Fitzpatrick said. "Dr. King didn't just have a dream; he had a vision that America would be a better country. We've come here believing that things will get better. No matter what the circumstances may look like around us, we know that it's going to get better."

""Dr. King said that 'our lives begin to end the day we become silent about the things that matter.' Silence is not an option."" 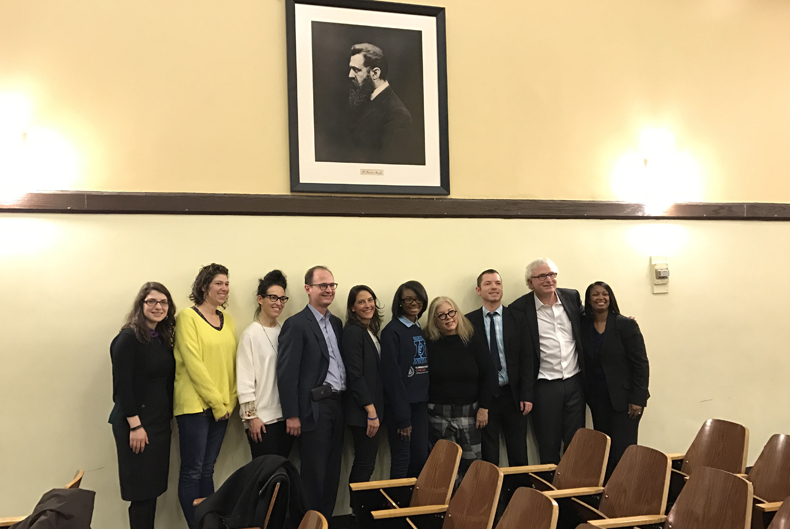 Community
West Side school celebrates Herzl’s legacy
A new portrait of Theodore Herzl was unveiled at the Herzl School in North Lawndale on Jan. 17. Jewish community leaders were invited to speak of Herzl's legacy.

Community
Chicago women unite to build peace in the city
More than 50 women from all over Chicago linked arms for peace in Grant Park on Sept. 7.

News
Step by step, brick by brick: Interfaith leaders gather for unveiling of new Dr. King monument
Half a century after bricks were thrown at those marching with Rev. Dr. Martin Luther King, Jr. for fair housing practices in Chicago’s Marquette Park, a new monument commemorating King was revealed -- made of bricks.
Advertisement