Young Jewish leaders to be honored at Federation Business Meeting

The Jewish Federation will hold its Business Meeting and Members’ Forum featuring the presentation of the Davis, Gidwitz & Glasser Young Leadership Award and the Samuel A. Goldsmith Young Professional Award prior to its annual meeting on Sep. 13. 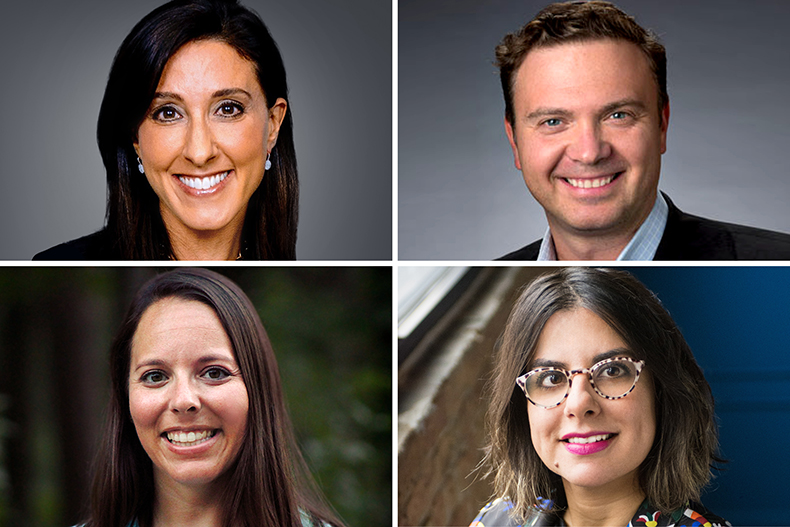 Prior to the Jewish Federation's Annual Meeting at noon Thursday, Sept. 13, the Federation will hold its Business Meeting and Members' Forum featuring the presentation of the Davis, Gidwitz & Glasser Young Leadership Award and the Samuel A. Goldsmith Young Professional Award.

Marisa Helfgot Mandrea and Alex Turik will receive the Davis, Gidwitz & Glasser Young Leadership Award, presented to volunteers age 40 and under who have demonstrated exemplary dedication and have made significant contributions to Chicago's Jewish community.

Marisa Helfgot Mandrea has been a member of the Young Women's Board of JUF for eight years and had served as the Vice President of Campaign, Area Development, and Community Outreach and Engagement.  She was a participant in the second cohort of the JUF's Jewish Leaders Institute.  Marisa is also a Vice Chairperson for the JCC Board of Chicago and JCC Women's Board.

Davis, Gidwitz & Glasser Award honorees have the opportunity to attend the annual General Assembly of the Jewish Federations of North America, which this year takes place in Israel Oct. 22-24.

Elizabeth Robbin and Irene Lehrer Sandalow will receive the 31st annual Samuel A. Goldsmith Young Professional Award, honoring Jewish professionals whose exemplary performance in their work at a Jewish agency in the Chicago area has benefited the entire Jewish community.

Elizabeth Robbin is the Director of Camp Firefly, an overnight camp for campers with Autism and other related social disorders. Camp Firefly is a partnership program between JCFS and JCC Camp Chi. In addition to working at Camp Firefly, Liz has worked for over twelve years as a speech-language pathologist. Elizabeth also serves on the Camp Chi Alumni Committee and was a member of the Anti-Defamation League's Glass Leadership Institute. In 2016, Liz was named one of Chicago's "36 under 36" by YLD and Oy!Chicago.

Irene Lehrer Sandalow is the founder and director of SketchPad, a Jewish shared workspace and community for innovative, mission-driven Jewish organizations and entrepreneurs. Previously, Irene was the Chicago Senior Project Manager of URJ's B'nai Mitzvah Revolution, she founded the Parent to Parent Initiative at The Jewish Education Project, and she worked at the Jewish Council on Urban Affairs (JCUA) where she educated, mobilized, and organized members of the Jewish community in local and national social justice campaigns. Irene now serves on the board of directors for JCUA and SVARA.

The business meeting will begin at 10 a.m. and is free to attend. It will be followed by a lunch session featuring the report of the President, Dr. Steven B. Nasatir; presentation of the Julius Rosenwald Memorial Award to Andrea R. Yablon; and special reports. Luncheon charge is $45 per person; $25 for senior citizens, rabbis, Jewish communal professionals, and students.