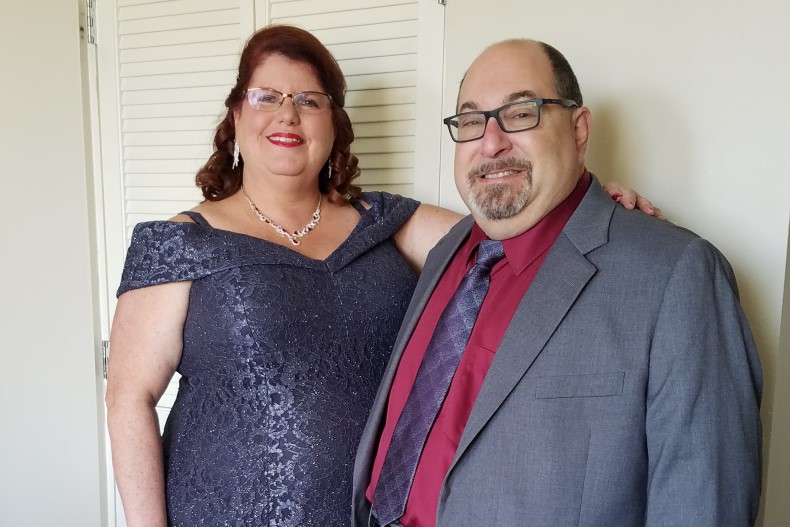 Helen and Phil Kornick run a marriage support program based on Jewish values.

For some couples, initial romance, unfortunately, can turn into disillusionment and even misery. For Jewish couples in these situations, a new local resource strives to provide hope and a way forward towards a happier, healthier relationship.

Tikkun HaBriet ("repairing the covenant") is a new marriage support program based on Jewish faith values created by Phil and Helen Kornick, of Mount Prospect, whose own marital journey inspired them to help others, with the spiritual and scholarly guidance by Rabbi Steven Peskind.

Twelve years ago, when the Kornicks were experiencing a series of crises that over time had damaged their marriage, Helen looked for a marriage support program within the Jewish community, only to find a lack of options. They eventually got involved with a Catholic group, and soon discovered how the values could translate to Jewish belief. Inspired by their own successful journey as well as the program's more than 75 percent overall success rate (where success is defined as staying married), the Kornicks began volunteering at the program's weekends before asking for permission to start a Jewish group based on the Catholic version.

As part of the Tikkun HaBriet program, each couple progresses through three steps. First, they attend a weekend experience, where they hear from a Jewish clergy member and three other couples who have gone through the program. These presentations focus on a variety of themes including forgiveness, healing, thoughts and feelings, emotional intelligence, and more-all through a Jewish lens. Rather than sharing their personal problems with the larger group, couples retreat to their rooms to work on the exercises, to ensure their privacy.

The next step is a series of six weekly workshop programs where couples practice communication tools and continue the marital renewal begun on the weekend. Finally, couples attend a monthly support meeting called Continuing Our R'fuah (healing) Experience, or CORE, which allows couples to form bonds with other couples going through similar experiences. This "no-judgment zone" provides a "safe space" for healing, said Phil, Helen's husband of 34 years.

Helen described the process as akin to recovering from a serious injury: "If your marriage is in critical condition, you're going to go into ICU for a period of time… at the end of the weekend, the goal is that there's a slight hope that there's an opportunity for healing," she said. "The workshops are then your outpatient physical therapy where you are in the real world all week long, and then once a week, you're coming in for a tune-up."

After their journey through the program, the Kornicks were able to resume their happily married life and even weather crises like the terminal illness and death of their daughter Heather.

The Tikkun HaBriet program is designed to treat a variety of marital problems including infidelity, child loss, addiction issues, and verbal abuse issues. The only requirements for participating are committing to the process and ending any extra-marital affairs. They also caution that marital partners suffering from emotional or physical abuse are referred to seek immediate professional care.

As a result of the program, "we've had couples attend who got divorced and remarried, and even people who have been on their way to get divorced the week after and called it off," Phil said. Some couples who intended to learn how to speak civilly to each other during the divorce process invited the Kornicks to their renewal vows.

"If you've fallen out of love, or feel like your situation is beyond hope," Helen said, "this program will offer you the tools and strategies and a new mindset to rediscover why you married the love of your life in the first place."

Chicago's first Tikkun HaBriet program will begin on the weekend of March 15-17 at the Deerfield Marriott Suites, and will be accompanied by workshops the following six Sundays.