I didn’t 'get' dogs until I got dogs 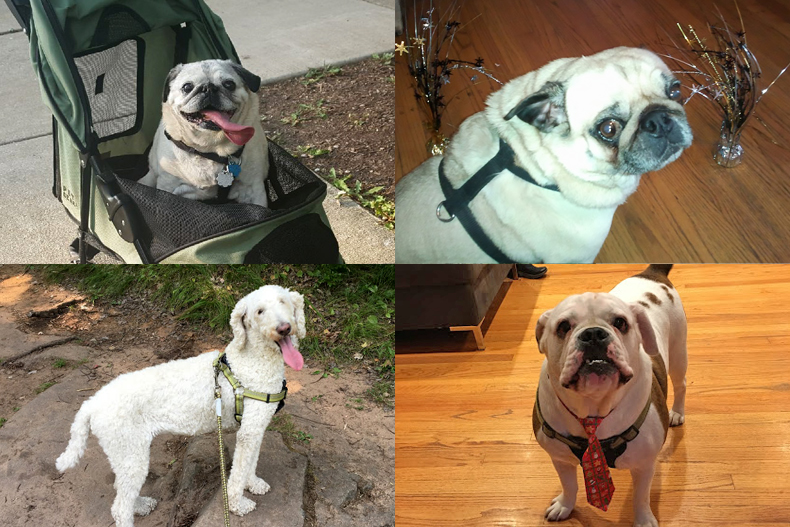 The author and her husband’s four dogs—Pugi, Mac, Aspen, and Bruiser.

This continued until one evening at dinner (sushi), out of the blue, I casually said: "You know, the lifespan of pugs is 12 to 15 years. How old are Pugi and Mac? Just curious."

Vic paused, and then said, "They're three." My eyes widened in horror. He noticed. I finally admitted that I never liked dogs, which was very inconvenient given that he had two young ones.

Vic, sad but sincere, offered to find another home for the pugs. I said, thank you, but no, that's not fair. Negotiations yielded the following: I agreed that the dogs could live out their lives until their natural end, but when they died, we had to be dog-free for a yet-to-be-determined period of time ("forever" sounded good to me, but I had years before I needed to fight that fight).

He agreed, with the caveat that I not hasten the dogs' death by letting them play in the street. Also, as an addendum, he was done with sushi. Deal complete.

Until March 2010, just before Passover. Friends asked us to dog-sit their standard poodle while they were out of town. Enter Aspen, who was coming from a house with four poodles where two of them attacked her regularly. She didn't make any eye contact and was very skinny. After a week with us, she gained weight and started hugging us with her eyes.

As we prepared for her to go home, I felt -- sad. Was it possible that I loved this dog? I looked at this beautiful, elegant lovebug and didn't want her to leave. Upon hearing this, my mom looked at me and asked slowly, "Who are you and what have you done with Polly?"

The connection was real, because when it came time for Aspen to return home, she wouldn't go back into her house. She stuck by Vic's side and wouldn't budge.

Vic told her owners that we knew they were having problems with the dogs fighting, so if it would help them, we'd be happy to keep Aspen. They agreed.

So now we had three dogs: Cuddle-bug Mac, evil princess Pugi, and my sweet girl, Aspen.

Then, in 2014, Mac died. Yes, from natural causes. And after a few weeks, the following words tumbled out of my mouth: "I feel like we're a three-dog house with only two dogs."

Vic tried to hide his smile as this new reality washed over me: I was officially a dog person. And then he said what he'd said after we took in Apsen: "You don't find the dog. The dog finds you."

In April 2016, again just before Passover, one of Vic's acquaintances asked us to dog-sit. Enter Bruiser. I think he's an American bulldog. Vic thinks he's an Old English bulldog. But what was undeniable was that Bruiser was totally different than our now-elderly dog Pugi, who would give us the finger if she could, and our elegant lady, Aspen.

Bruiser loved squeaky toys, barked, and would charge at you, sometimes knocking you over -- without guilt or regret -- to give you a hug.

After Bruiser was with us for a few weeks, his original owner didn't seem to be in a hurry to take Bruiser back. One day, Bruiser peed on our bed, and I was furious. Vic said he'd call the owner and tell him to pick up Bruiser.

Conveniently, the owner decided he didn't want Bruiser back. We were back to having three dogs, all with completely different personalities, and all made us laugh every day.

At age 13, Pugi got sick, and after we did all we could, we put her down last year.

According to the deal we made when we first started dating, this should have been the beginning of our dog-free period of time. But here we are with two dogs who can drive me crazy, but I love them so much. I am officially a dog person.

Polly Levinson is a freelance writer living the northern suburbs of Chicago. 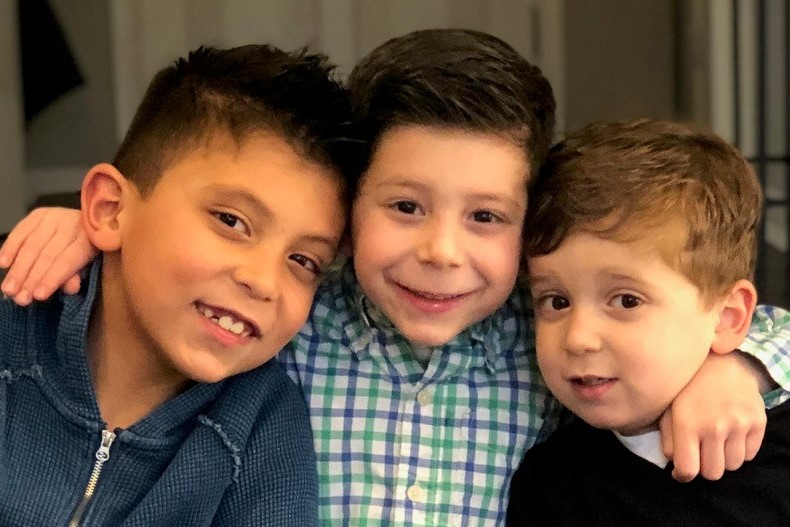 Community
A loving ritual calms the chaos
A family's ritual of saying the Shema at bedtime brings peace to a chaotic life. 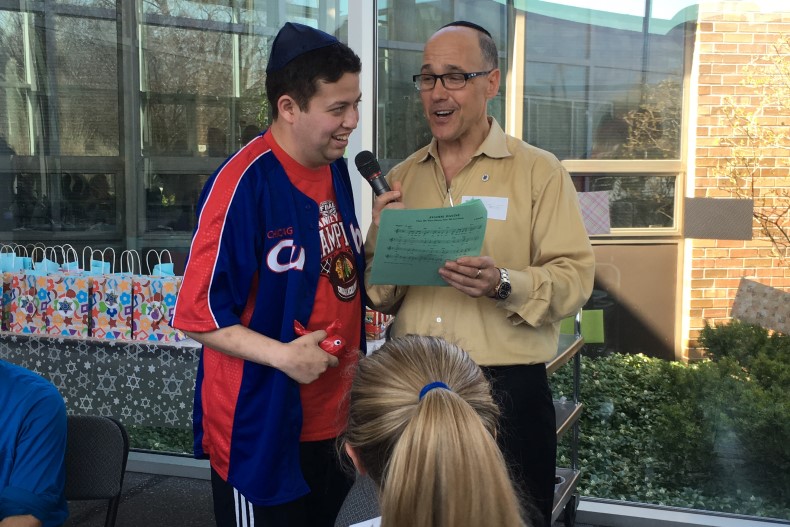