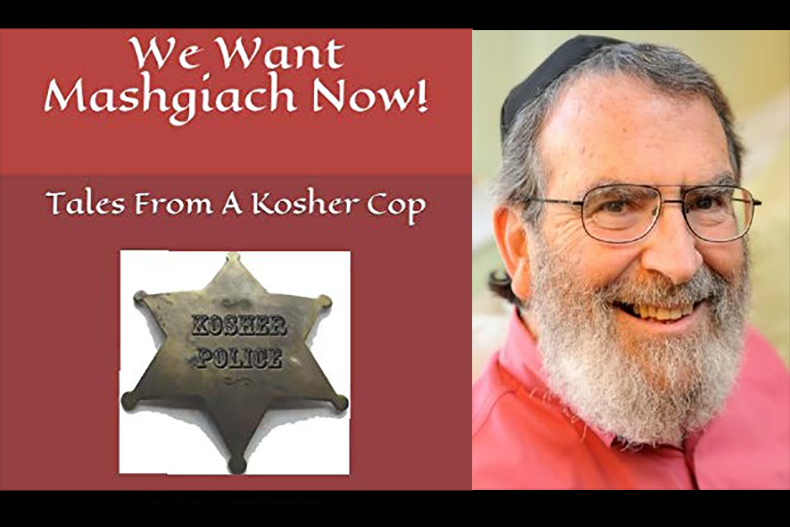 Allan Lieberman's new book takes us behind the kitchen door

A "mashgiach" is an expert consultant in all things kosher, who patrols kitchens to ensure that Jewish dietary laws are observed. Or, as mashgiach Allan Lieberman calls himself: a "kosher cop."

His new book about his experiences, We Want Mashgiach Now!, reveals just what this work involves; as the tone of the title implies, he finds the funny in every situation. The Chicago native moved to Florida in 2008, where he began his mashgiach work in 2012.

Many of his kitchen co-workers mistake him for a rabbi, and it is often difficult for him to convince them otherwise. In one case, he was escorted to the head chef by one of the cooks. "Why'd you bring him over?" the chef asked.

"You said to get the rabbi!" the cook answered.

Lieberman's first work in the kosher world came by selling ads for the publications of the Chicago Rabbinical Council, which provides kosher certification. He later became a sales manager for a kosher pizza place. But, when his sleuthing caught a caterer fudging the rules, he found his new calling.

While reality shows set in kitchens can made the work seem glamorous, much of his time is spent, he says, "looking for bugs, or parts of them, in lettuce."

As an Orthodox Jew, Lieberman was familiar with many of the laws of kashrut, as the field is known. But he still needed a two-week crash course to be certified as a mashgiach .

Since then, he says, he has worked in some 35 kitchens-in restaurants, catering companies, grade schools, and nursing homes.

His family friendly new book is not his first foray into the arts, either. For decades, Lieberman was a novelty songwriter and singer. His many albums of Jewish musical humor include the award-winning children's Chanukah album titled It's the Miracle . Lieberman's songs have been included in compilations alongside those of Mickey Katz and Allan Sherman.

While touring with his music, Lieberman began to write down "actual events, and what I learned from them. I turned them into short stories, but I wanted each one to have a lesson."

He kept journaling as he transitioned into his kosher certification career, ultimately collecting these anecdotes for his new memoir. "These stories are all based on true events," he said, but insists this volume is "not an exposé."

Occasionally, this kosher cop has had to police not just the kitchen staff but party-goers themselves. One guest brought a non-kosher bottle of champagne to a wedding at a synagogue. She insisted it be opened, but Lieberman was able to get her to compromise.

"I found some plastic cups," he said. "They had their toast, but in the shul's parking lot."

'We Want Mashgiach Now! Tales from a Kosher Cop'can be ordered from www.koshercop.net and Amazon.