In his retirement, Rabbi Michael Balinsky plans to enact his advice to others: “Never stop teaching or learning.” 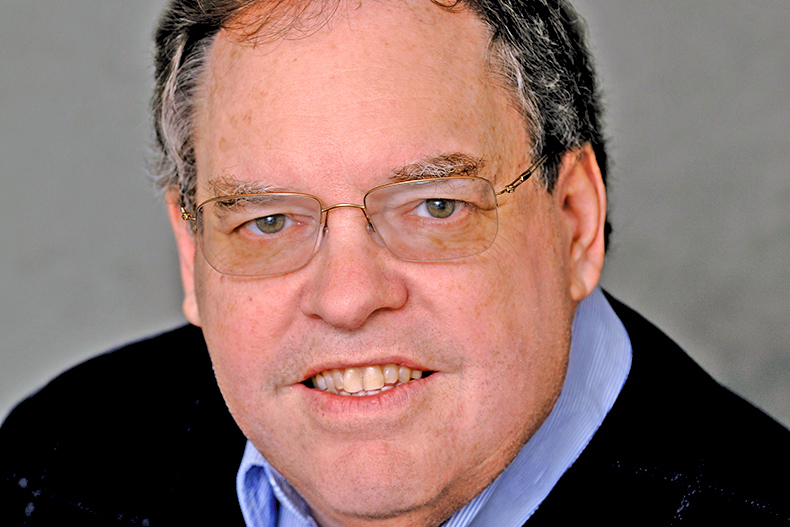 In his long career, he mentored undergrads, professionals, teachers, and his fellow rabbis. Even in his retirement, Rabbi Michael Balinsky plans to enact his advice to others: "Never stop teaching or learning."

He stepped down in July as Executive Vice President of Chicago Board of Rabbis, which represents two hundred rabbis of all denominations.

But he remains a member of the Jewish Catholic Scholars Dialogue in Chicago, on the board of the Parliament of the World Religions, and a lifetime board member of Hillel at Northwestern University (NU). He will also remain active in several Jewish, Christian, and Muslim interfaith initiatives.

Born in Montreal, Balinsky moved to the U.S. to attend Yeshiva University, where he received his ordination in 1970. At 25, he became the associate Hillel director at the University of Michigan.

In 1981, he became director of NU's Louis and Saerree Fiedler Hillel Center, a position he held for nearly two decades. One of his crowning achievements there was the construction of a new Hillel building for the NU campus, which now holds a staff of 10. For most of his tenure, NU's Hillel house had literally been someone's old house, with offices in what had been bedrooms.

In the earliest days, Balinsky was the sole staff member. "I was responsible for everything," he recalled. But he soon learned that, "It was my job to get out of the way, so the students could flourish."

The legacy he left is "diverse programs run by empowered students." For instance, NU's student-run Jewish Theater Ensemble was founded during his tenure and is still active today.

Another major milestone of his time at NU was his 1983 marriage to his wife Deborah Perkal, whom he met while she was a NU grad student. They had two daughters, Ruthie and Miriam. She succumbed to cancer in 1992. Michael married Dr. Myra Rapoport in 1994 and they had a third daughter, Leora. They are also the proud grandparents of two grandsons.

Ruthie grew up to follow her father into the family business, becoming a maharat , an ordained Orthodox spiritual leader. She is the first maharat to be hired by an American Orthodox congregation. In 2016, they became the first parent-child pair to be named among The Forward 's Most Inspiring Rabbis.

In 1986, while still at NU, he began teaching at the Florence Melton School of Adult Jewish Learning. From 2000-2008, Balinsky served as the director of Melton faculty development- teaching the teachers. "My role was not about instruction, but guidance," he said. "I had to think about what it means to teach adults, how to build on their knowledge and life experiences." He worked with teachers, lay leaders, experts, and academics as well as adult students.

"Michael is a rabbi's rabbi and a teacher's teacher," said Rabbi Lisa Greene of Glencoe's North Shore Congregation Israel. "He showed up for sacred moments, over a cup of coffee, as he has led our community with an incredible sense of respect for all."

"I have been learning from Rabbi Balinsky for more than 25 years," said Dan Cedarbaum, executive director of The Mordecai M. Kaplan Center for Jewish Peoplehood. "No one better exemplifies the meaning 'rabbi'-master teacher. And no one has demonstrated a more profound commitment to Jewish pluralism."

For many years, Balinsky had been part of Chicago Board of Rabbis as a member. Again, while still with NU-from 1997 to 1999-he served as president, crossing over to the professional side in 2008. While he was now leading leaders, the role had something in common with his earlier positions-"I always worked in pluralistic settings," he said. He felt it was his challenge to help his fellow rabbis "feel part of the greater Chicago rabbinate, along with others outside their denominations."

To this end, Balinsky sought to engender "an atmosphere of different passions and beliefs sharing the world with each other," he said, "focusing on issues common to the rabbinate" across denominations, including professional development. A perpetual student himself, he did insist that "rabbis should always be studying Torah."

Rabbi Carl Wolkin of Northbrook's Congregation Beth Shalom said that Balinsky succeeded at being "both a rabbi's rabbi and a rabbis' rabbi-someone to whom rabbis could take our cares and concerns as individuals, and the rabbi to all of us collectively, representing us to the community thoughtfully and passionately."

One issue of personal importance to Balinsky was offering a Jewish approach to healing. He was an active partner at the Jewish Healing Network of Chicago, administered by JCFS Chicago-a JUF-supported agency-in collaboration with CJE SeniorLife, the Chicago Board of Rabbis, and JUF. Balinsky also worked to expand Jewish chaplaincy in the Chicago area, and has been a chaplain himself at Evanston Hospital, while at NU.

"His support for Jewish chaplaincy in the Chicago area has immensely strengthened the field," said Rabbi Joseph Ozarowski, a rabbinical counselor and chaplain with JCFS Chicago.

In his role at the Chicago Board of Rabbis, "Michael's contribution to the Federation-rabbinate relationship has been huge and ever-present," said JUF Executive Vice Chairman Dr. Steven B. Nasatir.

"He has endeared himself to all of us at the Federation and stood for the welfare of his colleagues. He has been a valued counselor to me, and my friend."

While Balinsky takes pride in the many long relationships he has formed with his students, he is philosophical about his ultimate role in their development: "You're just a small part of their life, opening doors that were closed."