SHALVA supports women in the journey for justice

Our clients all face the injustice of not feeling safe in their homes. We want to see them receive justice in the form of a safe, healthy, happy home life.” 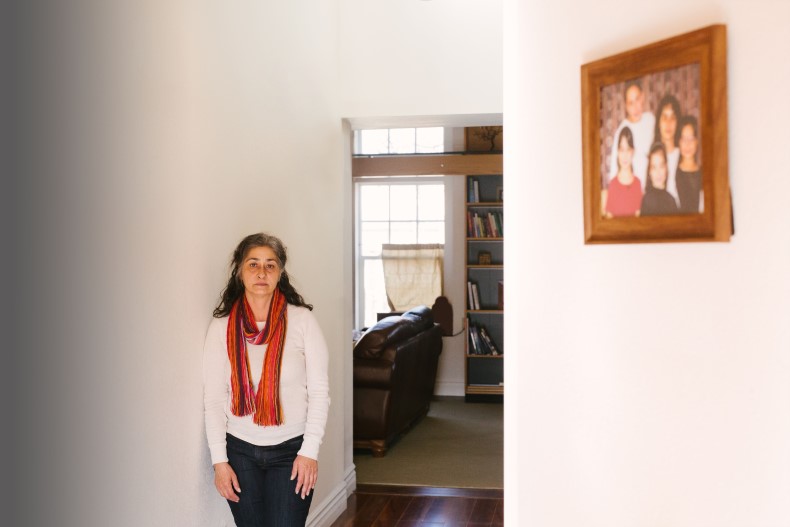 One in four women has been or will be in an abusive relationship at some point in their lives. This startling statistic from the National Domestic Violence Hotline served as a call to action in June, as a record-breaking crowd of 420 people gathered to attend SHALVA's annual luncheon.

Held at The Standard Club, the event gathered individuals dedicated to SHALVA's mission, making a difference in the lives of Chicago Jewish women who have, are, or will experience domestic abuse in their lifetime. SHALVA provides clients with counseling, supportive services, and does extensive community education.

The Torah teaches that justice is an eternal religious obligation in Judaism, and this year's luncheon focused, fittingly, on the pursuit of justice.

"Our clients all face the injustice of not feeling safe in their homes," said SHALVA Luncheon Co-Chair Carolyn Winick. "We want to see them receive justice in the form of a safe, healthy, happy home life."

The event featured the moving documentary Home Truth (distributed by Women Make Movies) about the landmark case of domestic abuse survivor Jessica Gonzales. She experienced every parent's worst nightmare in 1999 when her three young daughters were killed after being abducted by their father in violation of a restraining order. Filmed over a nine-year period, Home Truth chronicles her journey all the way to the U.S. Supreme Court and an international human rights tribunal, seeking to strengthen legal rights for victims of domestic violence.

Keynote speaker Caroline Bettinger-Lopez, who served as lead counsel on Gonzales' case, as well as a White House Advisor on Violence Against Women, conveyed the complex legal issues and devastating consequences that domestic abuse survivors like Gonzales often face.

"The freedom from domestic violence is a fundamental human right," said Bettinger-Lopez, who is currently a Professor of Clinical Legal Education and Director of the Human Rights Clinic at the University of Miami School of Law.

Former Illinois Attorney General Lisa Madigan served as moderator at the event. During her tenure as Attorney General, Madigan was instrumental in signing more than 150 bills into law, including laws to strengthen the rights of sexual assault and domestic abuse survivors.

As she helped guide the audience through Gonzales' journey for justice, Bettinger-Lopez encouraged SHALVA supporters to take action against domestic violence at the local, state, and federal levels. "I think it's so critically important to engage with police departments and through the attorney general's office," said Bettinger-Lopez.

Bettinger-Lopez described her advocacy work to help bring about change for domestic abuse survivors like Gonzales. She explained that she supports "a human rights approach to survivor-led advocacy calling for equality, dignity, and accountability." Bettinger-Lopez conveyed that Gonzales' story represents that of many women, including those in Chicago's Jewish community.

"Many of the challenges [Gonzales] faced during and after her marriage are the same as what our clients face," said Carol Ruderman, SHALVA's Executive Director. "Sadly, she took many of the right steps, but the horrific still happened. It is the same fear our clients face."

Bettinger-Lopez encouraged attendees to work towards justice in every way that they can, including legal, educational, and financial efforts. "It's so important that we not only look at the criminal justice system or even the civil legal system but go beyond that to helping survivors become economically empowered," she said.

"As a lawyer myself, [Caroline's] unwavering advocacy and support of Jessica's cause was motivating to me," said SHALVA Luncheon Co-Chair Rebecca Melzer. "I believe taking action can empower women to create change."

SHALVA is a partner in serving our community with-and a special grant recipient of-the Jewish United Fund of Metropolitan Chicago.

Leslie Hill Hirschfeld is a freelance writer living in the northern suburbs of Chicago.