Weiss will discuss her new book on fighting antisemitism in America 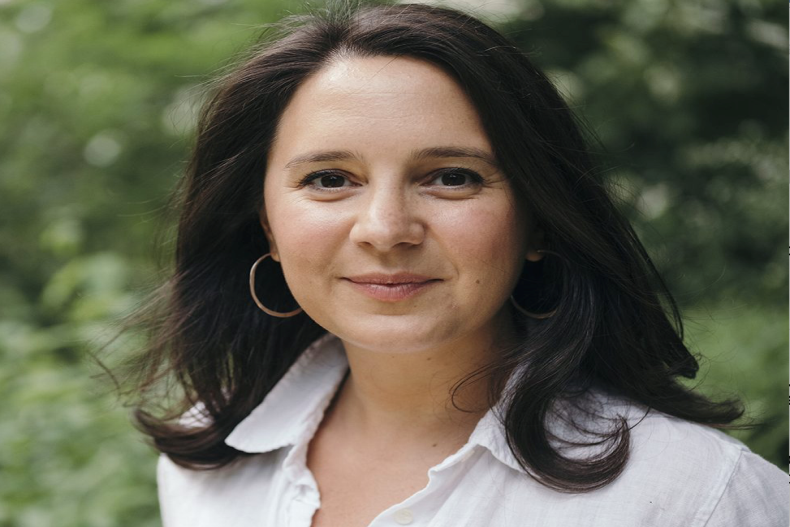 Journalist Bari Weiss had been contracted to write a book on the subject of "culture," but the shooting at Tree of Life Synagogue in Pittsburgh, her hometown synagogue, shifted her focus on what to write about. After the attack last fall--literally hitting home for the journalist--she switched the topic of the book to antisemitism.

Weiss, who will speak at the JUF Women's Division Lion Luncheon on Sept. 12, never imagined anything like Pittsburgh--and six months later, the Poway shooting in San Diego--could happen to the American Jewish community. After all, these attacks were something that, horribly, happened across the ocean. Not in America, the promised land her grandfather had described to her as a little girl, the land where generations of Eastern European Jewish immigrants had found a secure home.

In her book How to Fight Anti-Semitism (Crown), to be released in September, Weiss writes about antisemitism stemming from different communities: Radical Islam, the far right, and the far left. She examines the "double bind" she sees Jews caught in, the victims of white supremacy on the far right, and the aggressors on the far left in the context of Israel. She says Jews are treated as both "in league with the oppressed and the in league with the oppressor."

She hopes Jews and non-Jews alike will use her book as a wakeup call to understand what antisemitism really is. It's not just anti-Jewish prejudice, she said, but an entire conspiracy theory based on lies.

Over the summer, JUF News was the first media outlet to interview Weiss about the book, in advance of her appearance in Chicago.

JUF News : How did the Pittsburgh shooting change you?

Do you believe antisemitism and anti-Zionism are one and the same?

If you're an anarchist who believes in the abolition of all nation-states, it is entirely possible to be anti-Zionist and not be an antisemite. There are also plenty of anti-Zionists who don't even know what it means and are identifying as such because anti-Zionism has somehow become a plank of being a good progressive. But do I believe that calling for the dismantling of a single state in the world, the state with the largest Jewish community and certainly the largest Jewish community of color anywhere in the world, is antisemitic? I don't know what else to call it.

When you have experienced anti-Jewish sentiment against you personally--particularly because you are such a public face of Judaism--does it hurt you or do you let it roll off your back?

It does not hurt me when random trolls on the internet make fun of me for being a "Shylock" or a "slippery Jewess." But it worries me deeply from a cultural perspective. Because this kind of dehumanizing speech is increasingly normalized.

What are the biggest takeaways you want readers to glean from your book?

I want readers to understand what [antisemitism] really is. There are grave misunderstandings about what antisemitism actually is. It is not just anti-Jewish prejudice. It's a conspiracy theory. And understanding it as such is absolutely essential.

I [also] hope this book makes people braver. Telling the truth even when it's hard and telling it to your own side is really challenging for Jews right now. White supremacists from the far right are, without question, the people that are most likely to kill us. But they are also the people most easy for us to call out. It is much much harder to call out an Ilhan Omar or a Rashida Tlaib, let's say, and that's for good reason. It's because those people are also the targets of bigots. But it's essential to be able to do both things at once: Both to say they shouldn't be the subject of bigotry because of their faith, their gender, or their color, but also call them out for their own bad ideas.

Why have we survived through it all?

The Jews did not survive because we were anti -antisemites. The Jews have survived because we are carriers of an incredible set of values and ideas. If I have any hope for this moment, it's that this rise in antisemitism reminds people of what those are--and why those are worth fighting to protect.

The JUF Women's Division Lion Luncheon will be held at The Standard Club on Thursday, Sept. 12. Couvert is $85, and women who make an individual gift of $5,000 or more to the 2020 JUF Annual Campaign are invited to attend. To register, visit juf.org/2020LionLuncheon  .

"It does not hurt me when random trolls on the internet make fun of me for being a 'Shylock' or a 'slippery Jewess.' But it worries me deeply from a cultural perspective. Because this kind of dehumanizing speech is increasingly normalized."