Losing her sight and sound, gaining her vision and voice 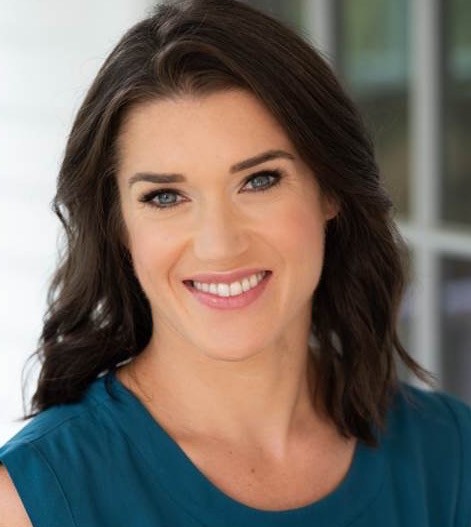 For many people, progressively losing both sight and hearing would be a catastrophic diagnosis. For psychotherapist and motivational speaker Rebecca Alexander, these diagnoses have helped her to live an active, fulfilling, and meaningful life.

Diagnosed at 12 with a degenerative vision condition called retinitis pigmentosa, Alexander found out while in college that she was also losing her hearing. She suffered from Usher Syndrome, but didn't learn that it was the rarest type until consulting with researchers in Helsinki, Finland. "When I was diagnosed, they said because you have both progressive vision and hearing loss, this is what it is, but we've never seen this as it's presented itself in you," she said. "I am case number one."

Alexander, who is Jewish, will share her remarkable story from her diagnosis to her current life at the Norton & Elaine Sarnoff Center for Jewish Genetics' annual Jean Therapy event on Oct. 30. Originally held in a denim boutique, where the event received its name, Jean Therapy is designed to be "an educational, engaging, and low barrier approach to learn more about Jewish genetic disorders," said Sarnoff Center assistant director Sarah Goldberg.

On that night, Alexander said, "my goal is to have people know that we're all living with something. I have an Ashkenazi genetic disorder, and I hope to normalize what we all go through."

"We live in a world that's constantly reminded of all the things that we're not and what we don't have, as opposed to focusing on what we do have," said Alexander, who uses her experience to educate about living a meaningful life in the face of adversity. "We live in a world where everything is on social media and people take for granted that they can see a photo on Instagram and read the caption; they just think about how many likes they can get. But when you live with something like this, it makes you think. I'm tremendously grateful that I have something that forces me to understand what's really important."

Currently, although she has lost the majority of her sight and is deaf without her cochlear implants, "I live a busier, more packed life than many people who are fully sighted and fully hearing. I don't focus on what I don't have; I focus on what I do have."

Along the way, she studied American Sign Language and tactile sign language used by deaf-blind people, determined to retain her ability to communicate. She has also become involved in the deaf and deaf-blind communities. Although the adjustment process has been "humbling, sad, and difficult," it has also been "incredibly rewarding" for Alexander. She has also discovered small pleasures of her condition, like taking out her implants at home and enjoying the peacefulness of deafness.

In addition to her talks across the nation, Alexander has also shared her journey in a memoir, Not Fade Away: A Memoir of Senses Lost and Found , where she explored the ideas of the human condition and coming to terms with her diagnosis. Initially reluctant to write a book, she decided to tell her story in print because "there was nothing out there about anyone living with Usher syndrome, and I wanted people to know that they weren't alone. I wanted people to relate to someone whether they had vision loss or hearing loss." The book is now being turned into a movie to help her message reach even more people.

Jean Therapy will take place on Oct. 30 at Stagg Court at the Chicago Athletic Association hotel (12 S. Michigan Ave., Chicago). Doors open for a reception at 6 p.m. and the program will begin at 7 p.m. An American Sign Language interpreter will be present. Tickets are $25 each or two for $36 and include Kosher hors d'oeuvres, drinks, and a raffle ticket. Register at juf.org/JeanTherapy .

For more information about Usher syndrome, visit ushersyndromesociety.org/ . To learn more about Rebecca Alexander and her journey, visit rebalexander.com/ . For more about other Jewish genetic disorders, visit jewishgenetics.org .