The QB will discuss his life, leadership, and lessons learned. 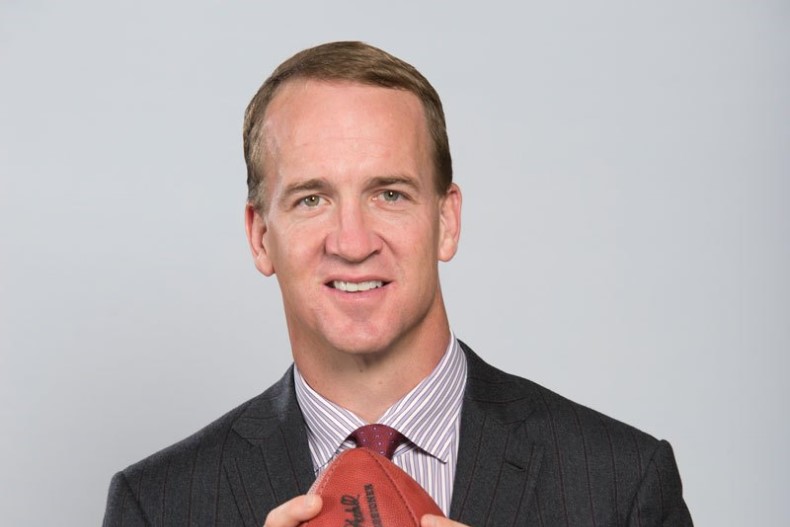 Few who have ever strapped on a helmet and put on shoulder pads have been considered greater than Peyton Manning. As an NFL quarterback, he is on a short list with Tom Brady, Joe Montana, and Chicago's own Sid Luckman for the greatest of all time. The former Tennessee Volunteer turned NFL #1 draft choice by the Indianapolis Colts, and eventually Denver Broncos, was revered on and off the field by teammates, opponents, and fans.

One of the memorable times Manning took center stage with Chicago eyes upon him, he was breaking the hearts of Chicago Bears fans in Super Bowl XLI. That was Manning's first of two Super Bowl rings, and certainly the one that solidified him as one of the game's all-time greats; even if it was at Chicago's expense.

Manning-whose father Archie played pro football and whose brother Eli plays for the New York Giants-comes from arguably the greatest football lineage. But it has been Manning's qualities-leadership and humility-that have nothing to do with throwing a ball that make him so respected. Manning was always the first to compliment his teammates after a big win, and no quarterback in history has ever been more trusted with a team's play calling.

On Nov. 13, Manning will bring his one-of-a-kind presence to Chicago's Jewish community. The JUF Vanguard Dinner, featuring Manning, will consist of remarks by the athlete and then a moderated sit-down conversation with him, to be held at the Hyatt Regency Chicago.

"Manning has wonderful charisma and a tremendous sense of humor, but he also has substance," said Daniel Perlman. "He's a leader at the highest level of professional sports and I think he's going to give us excellent insight into what it means to be a leader."

"I'm looking forward to playing even a small part in this important JUF fundraising event, kicking off the 2020 JUF Annual Campaign season," Davidson said. "This is a one of the biggest opportunities of the year to see so many dedicated members of our community gather to show their support of what JUF does for the Chicago community and for Jews around the world."

To inspire future generations and to ensure continuity of JUF's tradition of tzedakah , attendees are invited to bring their young adult children as their guests. Being a part of the Vanguard Dinner is a full-circle moment for Rachel Sotoloff.

"I remember coming to this event with my parents when I was a young girl," she said. "It was my first foray into the JUF world and learning about the impact that my parents were making. I saw that all those people came together in our community for one purpose-to help those in need in our community. And now that drives Stephen and me to continue our involvement in JUF."

Couvert for the JUF Vanguard Dinner is $100 per person, which is not tax-deductible. To register, visit juf.org/Vanguard and reserve your spot by Nov. 6.Questions? Call Shana Domash at (312) 357-4888 or email vanguard@juf.org.

The Vanguard Dinner is sponsored in part by a grant from the Manfred & Fern Steinfeld Campaign Events Fund and generous JUF corporate partners.

Jeremy Fine is the senior rabbi at Temple of Aaron in St. Paul, Minn. Check out Jeremy's blog, The Great Rabbino, at thegreatrabbino.com.