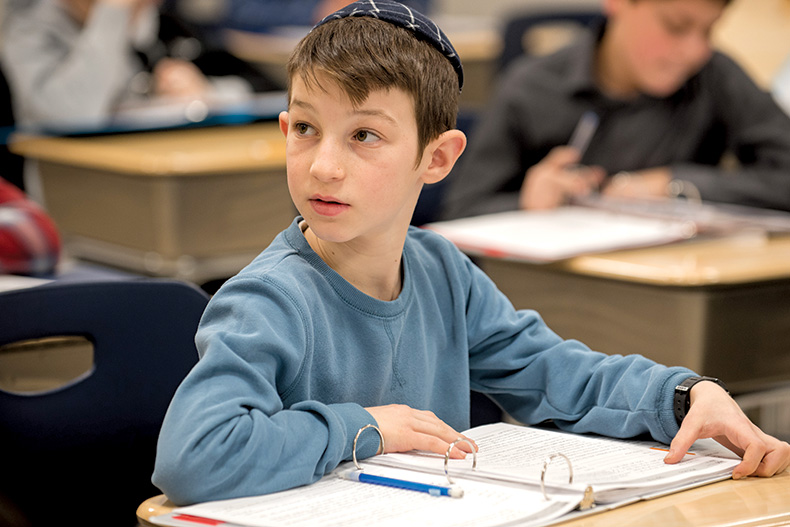 In a remarkable example of giving l'dor v'dor , from generation to generation, a nonprofit housing agency for Jewish seniors has donated $11 million to support local Jewish day school education.

"The sale and its proceeds ensured that we could continue to provide the highest quality of independent living for seniors across metropolitan Chicago, providing the resources to sustain us for many, many years into the future," said Alan Caplan, president of the Northwest Home for the Aged board of directors. "We thought: Why just sit on [the extra assets] when we could put it to good use?  We are in the business of helping people in their later years-why not help in the early years, too?

"We were aware that what we were doing breaks the mold," Caplan said. "Everybody on our board supports day school education; it was a win-win all around."

The donations, which willbe allocated over fiveyears, include:

• $3 million to strengthen the endowment for Solomon Schechter Day School, a Conservative day school serving children of all denominations in pre-school through 8th grade.

All three endowment funds are housed at the Jewish Federation of Chicago as part of its Agency & Day School Endowment Program.

"It's a game-changer for us," said Rabbi Mordechai Raizman, ATT Executive Director of Operations. "An endowment of this magnitude will impact the lives of children for years and years to come. It ensures that no parent will worry that their child is falling through the cracks."

Caplan said the board realized that having endowments for the institutions would provide ongoing support in perpetuity, offering the schools a measure of financial stability.

"It's visionary," said Tami Warshawsky, Director of Advancement for Solomon Schechter Day School of Metropolitan Chicago. "It's the largest endowment gift we have ever received, and it will have a transformative impact on the landscape of metropolitan Chicago. What is so nice about this gift is that it reflects a commitment to day school education across denominations."

Caplan hopes that the gifts can be leveraged by the schools as lead gifts that spark others to give.

"The importance of endowments cannot be overstated, and it's wonderful to see generous philanthropists making a strong commitment to the future of our community," said Lonnie Nasatir, President of the Jewish United Fund/Jewish Federation of Chicago. "These gifts will serve as a bedrock for Jewish day school education for years to come."

According the Judy Finkelstein-Taff, Chicago Jewish Day School Head of School, the gift "will not only ensure the future of our school, but in a sense it is ensuring the future of the Jewish people.

"We look at the cycle of our lives and think about how we stand on the shoulders of the ones who came before us," Finkelstein-Taff said. "We educate our students to celebrate the diversity of their present, and our students become the next generation of shoulders for their children to stand on."

Warshawsky echoed the sentiment: "The fact that Northwest Home-which takes care of our elderly-is going to help make sure that Judaism thrives for the future-what an incredible example of l'dor v'dor , from generation to generation," Warshawsky said.