Arts & Minds: Music is of the essence in July

Here is a closer look at events "with a Jewish twist" planned for both the Ravinia Festival in Highland Park and the Grant Park Music Festival in Chicago's Millennium Park. 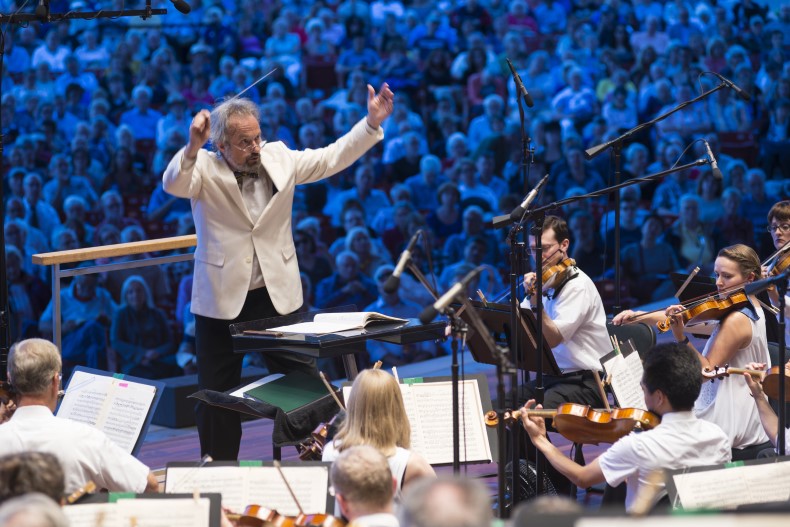 If it's summer, you can be sure there will be music under the stars -- whether it's a concert accompanied by the clatter of crickets in a leafy suburban venue or the sound of sirens in the city.

Here is a closer look at events "with a Jewish twist" planned for both the Ravinia Festival in Highland Park and the Grant Park Music Festival in Chicago's Millennium Park.

At Ravinia, Bernstein and more

Last year marked the 100th birthday of Leonard Bernstein, but the celebration is continuing this summer at Ravinia with a series of events under the umbrella title of "Bernstein 101."

If you missed the recent superb production of West Side Story at Chicago's Lyric Opera, take heart: On July 12, the iconic 1961 film version of the musical -- created by Bernstein, Stephen Sondheim, and Jerome Robbins -- will be screened along with a live performance of the score played by the Chicago Symphony Orchestra. The conductor will be David Newman who, incidentally, is arranging the score for Steven Spielberg's new film version of the musical that is set for a 2020 release (and will be conducted by Gustavo Dudamel).

Mark your calendar for Aug. 9, too, when the CSO will accompany the screening of On the Waterfront , the 1954 classic starring Marlon Brando that features yet another memorable Bernstein score.

Meanwhile, one of the big hits of last summer's Bernstein revelries was a rare, grand-scale production of his eclectic 1961 work, Mass , which Welz Kauffman, Ravinia's CEO, has aptly described as "more like Hair than church." The piece will receive a reprise performance on July 20, with Marin Alsop (who was mentored by Bernstein, and is music director of the Baltimore Symphony) once again conducting, and baritone Paul Szot returning to sing the role of the Celebrant.

On July 27, Alsop also will conduct the CSO in a program titled, "Lenny: A Musical Portrait in Symphony, Song and Story," to be narrated by Bernstein's daughter, Jamie. The concert will include a performance of Liszt's "Piano Concerto No. 1" performed by Andre Watts (who was just 16 years old when, in 1963, Bernstein introduced him to a television audience during a New York Philharmonic Young People's Concert). Also, on the bill will be the Lamentation from Bernstein's "Symphony No. 1 (Jeremiah)"; and excerpts from his Broadway shows, including Candide , sung by Paul Szot and mezzo-soprano Michelle DeYoung.

On July 13, pianist Jean-Yves Thibaudet will join the CSO, led by Lionel Bringuier, for a performance of George Gershwin's "Concerto in F." The program also will include Gershwin's "Cuban Overture," and works by Ravel and Stravinsky.

All the previously listed concerts will be in Ravinia's Pavilion. Appearing on the more intimate indoor stage of the Martin Theater will be the excellent jazz pianist, Fred Hersch (July 3), and the masterful classical pianist, Richard Goode (July 25), playing Haydn, Mozart, Beethoven, Janacek, and Debussy.

At the Grant Park Music Festival, Gershwin, Copland, and a father and son

This summer marks the 85th season of the Grant Park Music Festival with its 10 weeks of richly programmed concerts (running through Aug. 16) that can be enjoyed free of charge while picnicking on the lawn outside the Pritzker Pavilion in Millennium Park. You also can attend open lunchtime rehearsals,  which are generally held on Tuesdays and Fridays.

Carlos Kalmar, the Festival's artistic director and principal conductor -- who grew up in Uruguay, the son of Jewish parents who fled from Vienna in 1938 -- is a man of eclectic tastes with a keen understanding of how to attract audiences ranging from the most sophisticated concertgoers to casual passersby.

Consider just a few of the widely varied programs on offer in July, all featuring work by Jewish composers:

July 5 and 6: George Gershwin's "Concerto in F," with pianist Jeffrey Kahane and the Grant Park Orchestra . Also featured will be "emergency shelter intake form," a 2018 work by Kahane's son, composer-in-residence and singer-songwriter Gabriel Kahane, whose piece is described as "an oratorio that examines the scourge of deep poverty in America through the lens of homelessness and housing insecurity."

July 8 (at the South Shore Cultural Center) and July 11 (at the Columbus Park Refectory): The Suite from Aaron Copland's "Appalachian Spring," along with works by Bach and Gustav Holst.

July 10: A screening (on the park's giant GD screen) of that most beloved film, The Wizard of Oz , with the Grant Park Orchestra performing the iconic score by that brilliant team of Harold Arlen (the son of a cantor) and E.Y. "Yip" Harburg (the son of Russian-Jewish immigrants).

July 18 (at the Columbus Park Refectory) and July 22 (at the South Shore Cultural Center): The Grant Park Chorus in the Parks (led by Christopher Bell, chorus director), will perform a cappella works and celebrate women composers, with a program featuring a world premiere commission by Lori Laitman, renowned for her cycles of Holocaust songs.

July 31: Kalmar will conduct the Grant Park Orchestra in Aaron Copland's Four Dance Episodesfrom the ballet,"Rodeo," plus works by Edward MacDowell and Shostakovich.

And for theatergoers, a play full of controversy

These days Steven Levenson is best known as the Tony Award-winning book writer of the hit Broadway musical, Dear Evan Hansen . But through July 7, you can catch his 2017 play, If I Forget , at Victory Gardens Theatre, 2433 N. Lincoln. Set in the months before the terrorist attacks of Sept. 11, 2001, it brings together a liberal Jewish Studies professor, Michael Fischer, and his two sisters, as they celebrate their father's 75th birthday, and engage in fierce arguments about everything from Michael's scholarly work to the pressures of caring for an ailing parent. 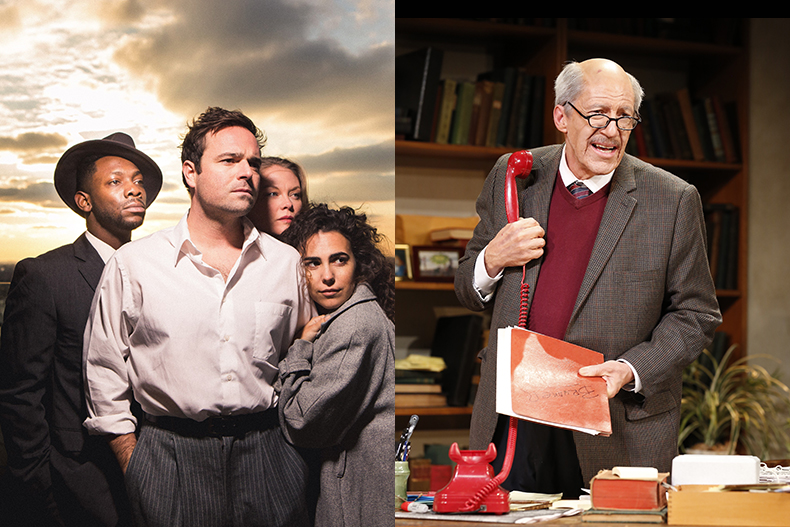 Arts
Arts & Minds: A Bellow classic, two Holocaust-themed dramas, and an operetta rarity
'Augie March,' "Wiesenthal,' 'Hitler's Tasters' and 'The Flower of Hawaii' are the highlights of Chicago's Jewish-themed performance schedule in June and July 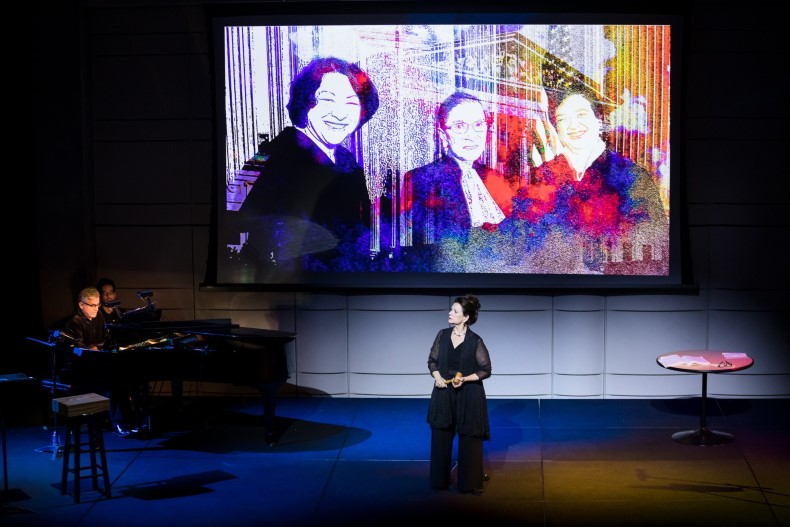