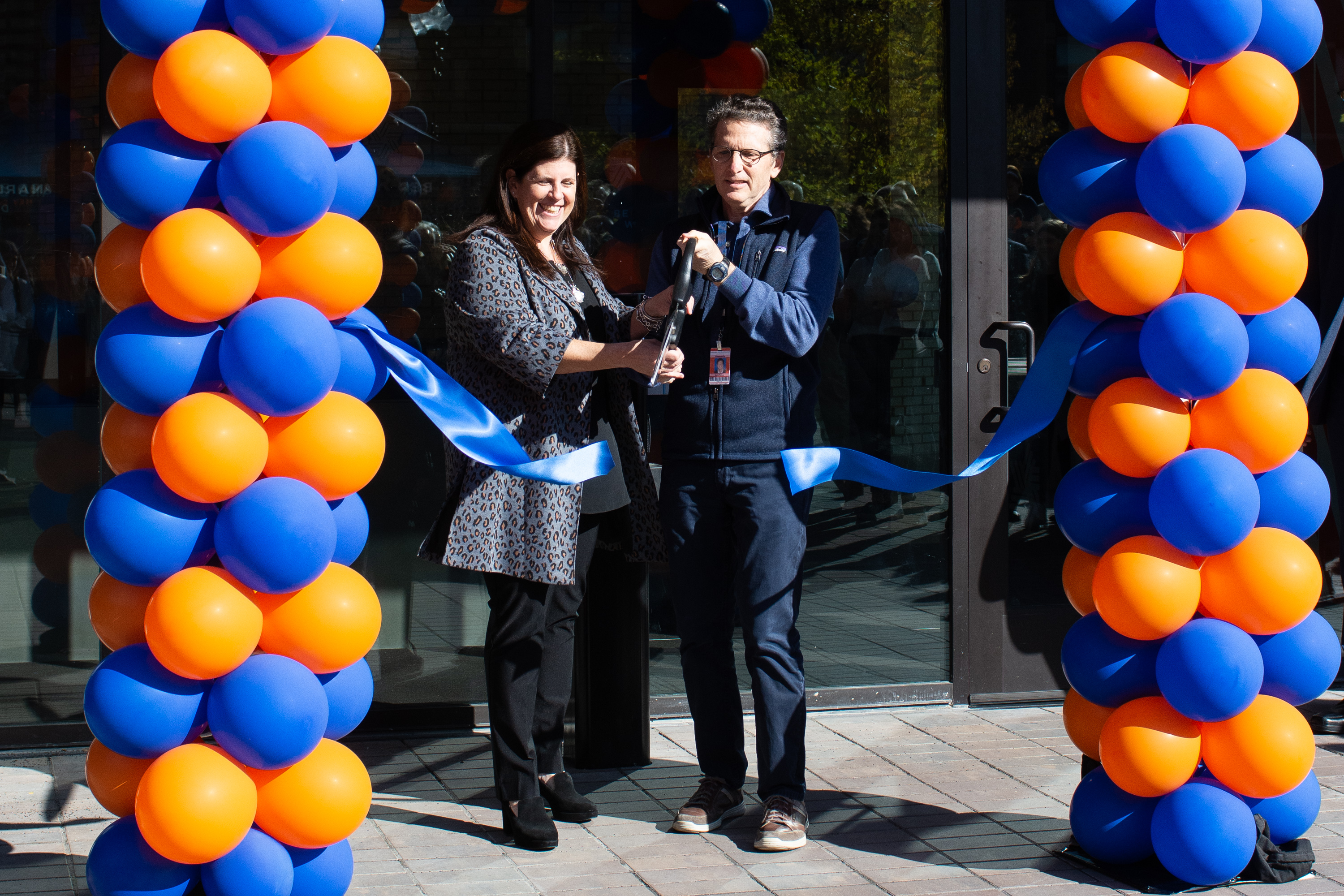 With the snip of a giant scissors, Bernard Zell Anshe Emet Day School celebrated the opening of its new building, which added 25,000 square feet to its campus.

"For 73 years, this school has served as a beacon in the community," said Head of School Gary Weisserman during the ceremony. "This incredible new facility builds on that foundation of excellence and provides the resources and environment required for the education of 21st-century learners who aim to not only be the best in the world, but the best for the world."

Bernard Zell Anshe Emet Day School was founded in 1946. The school launched its Campaign to Transform Bernard Zell, which has an ongoing goal of $23.5 million, in early 2017.