Jacqueline Saper, born in 1961 in Iran, grew up during a golden age for Jews in that country. 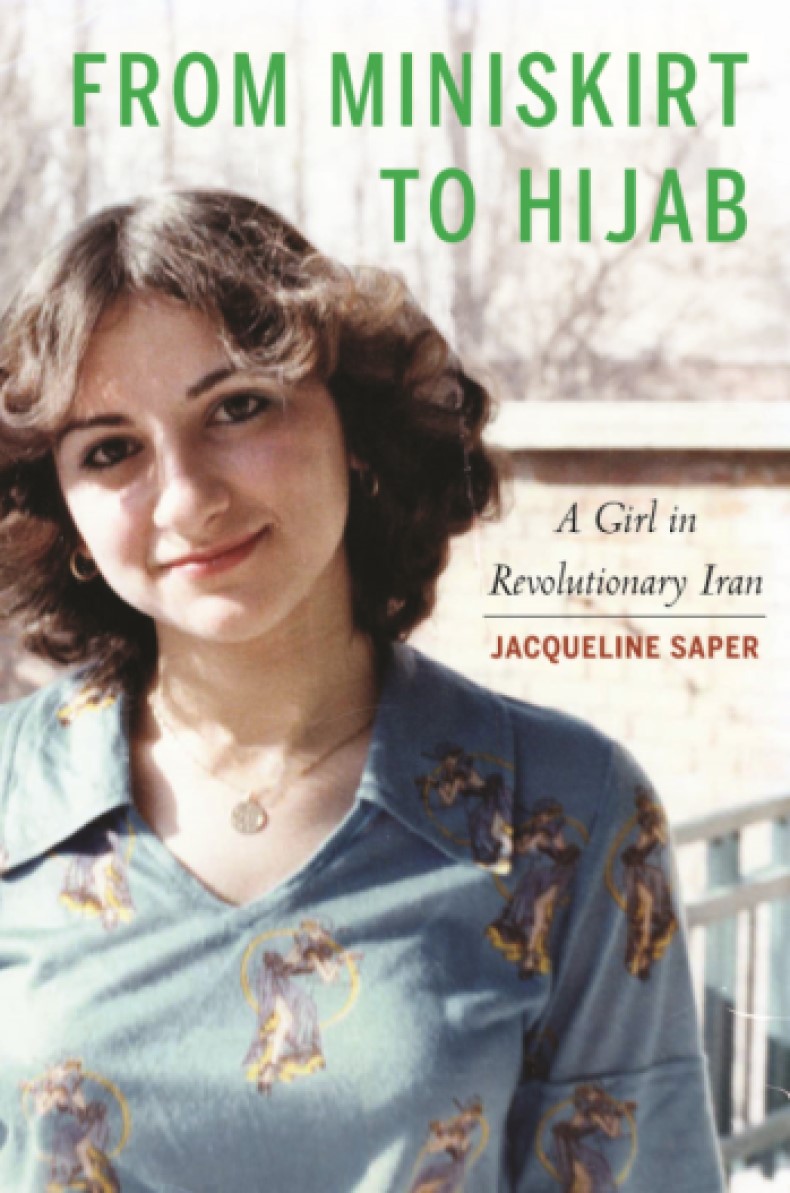 Jacqueline Saper, born in 1961 in Iran, grew up during a golden age for Jews in that country. The Jewish community, about 100,000 strong at that time, prospered under the Shah, Mohammed Reza Pahlavi, who steered the nation on a Western course. Jews like Jacqueline's father, Rahmat Lavi, a meteorologist, metallurgist, and academic, were able to gain an education, wealth, and a foothold into society.

As she recounts in her memoir, From Miniskirt to Hijab: A Girl in Revolutionary Iran , published by Potomac Books of the University of Nebraska Press, Saper enjoyed a carefree, idyllic life in Tehran, where her father settled with her British Jewish mother, Stella, whom he met at the University of Birmingham while he was a foreign exchange student. Saper's mother had a high-profile job at British Airways, and the author recalls traveling for weekend getaways to the Caspian Sea and other local resorts.

But despite her lifestyle, Saper began to observe that all was not well in paradise.

"The tension in my country had evolved from petty resentment of the Shah to a noticeable hatred of his absolute power and his feared secret police, known as SAVAK," she writes in her book.

She also noticed the umbrage taken by lower classes of workers, "whose stiff body language and blank facial expressions could not conceal their distaste for the Western values they felt were being imposed on the Iranian people."

Yet it was a shock when the Ayatollah Khomeini toppled the Shah in an Islamic revolution in 1979, and "Death to America" and "Death to Israel" became watchwords of Khomeini's faithful. Tens of thousands of Jews fled Iran for the United States, mostly to Southern California and the East Coast. But Saper and her parents decided to stay and ride out what they thought would be a temporary storm. (Saper's older brother was already living in England with his family, and her older sister and her family soon departed for Los Angeles.)

Saper details life under an increasingly oppressive fundamentalist government, where she was forced to cover herself in a hijab and a full-length cloak in public to avoid citations and harassment by the morality police. And when she and her husband, Ebi, a surgeon, moved to the city of Shiraz so that he could complete his medical residency, she describes in detail the fear that she, her family, and all Iranians faced during the long, lethal Iran-Iraq war.

By the time that Saper, now a Wilmette resident, escaped Iran with her husband and two small children in a harrowing journey in 1987, almost 90 percent of the country's Jews had left their homeland. After a brief stint in Houston, the Sapers moved to Chicago, where Ebi completed a second surgical residency.

Saper eventually completed her university education in Chicago-an opportunity denied her in Iran-and became a CPA. Her memoir, she said, was 30 years in the making, but took on an urgency after her father, who eventually came to the States with her mother, died in 2014. By that time, Saper had segued from accounting to Farsi interpreter and translator.

Saper, who is speaking at an upcoming JUF congregational event, said that her book was different than other modern-day memoirs by Iranian-born authors because she had stayed in her birthplace longer than most and could provide a firsthand account of life in the aftermath of the Islamic revolution. And unlike others, she added, hers has a Jewish perspective. Adamant about not self-publishing, Saper aggressively shopped her book around to academic publishers. She is now working on a "prequel" about her parents' long-distance courtship.

Jacqueline Saper speaks widely about her book and her experiences in Iran. Learn more about upcoming engagements at jacquelinesaper.com.
Robert Nagler Miller is a journalist and editor who writes frequently about arts- and Jewish-related topics from his home in Chicago.