Four Jewish Agency Israel Fellows will be working on Illinois campuses this year.

There is no such thing as a typical day for Simcha Masala. At any given moment, Masala can be found brainstorming programming ideas with Hillel leaders, recruiting students for Birthright trips, leading a discussion on Israeli politics, or engaging an uninvolved student over coffee.

Masala is Northwestern University's Jewish Agency Israel Fellow. The program, a partnership between the Jewish Agency for Israel and Hillel International, places over 75 Israelis on North American campuses to engage the campus community with Israel.

"The best way to get to know a country is through her people so Israel Fellows are an incredible asset," said Emily Briskman, executive director of JUF's Israel Education Center. "Their energy, expertise, and engaging personalities put a personal face on Israel. Israel Fellows are able to engage with hundreds of Jewish and non-Jewish students on campus every year and in many cases, they dispel misconceptions about Israelis and inspire students to learn more."

Masala is entering her third year as Northwestern's Israel Fellow. During the fellowship, she has worked with professors to develop an extracurricular Israel Studies curriculum for students, created a series of programs examining diversity in Israel, and empowered student leaders to plan a week of Israel-related festivities to coincide with Yom Ha'atzmaut each spring.

"The work I do with the students, staff, Hillel, and the Israel Education Center is valuable and has a tangible impact," Masala said. "The impact we have is growing each year. For me, working in a job that isn't 9-to-5 and doing something that has a direct impact on people makes this job worthwhile."

The opportunity to facilitate important conversations about Israeli history and culture attracted Shapira to the job.

"I want them to understand there's a different Israel than what people talk about on a day-to-day basis," Shapira said. "It's not just about war. It's not just about anti-Semitism. There are so many more layers and depth there and sides that aren't normally shown. I think a lot of people have this idea that Israel is an entirely Eastern European Jewish land and it's far from it."

Each Israel Fellow has the opportunity to incorporate their own unique background and interests into programming and conversations they have with students. While Mashiach said she will let students take the lead on programming ideas at University of Chicago, she hopes to connect students to a passion of hers: Israel's diverse pop culture.

"I learned English through listening to music," Mashiach said. "I want to connect students to Israeli music-we have great singers and bands. It's a great way to learn Hebrew and connect emotionally to the language and Israel. Israel also has great television, and I want to connect them to that. The Jewish Agency Israel Fellows program offers me the once-in-a-lifetime chance to show Israel-my home-to the rest of the world." 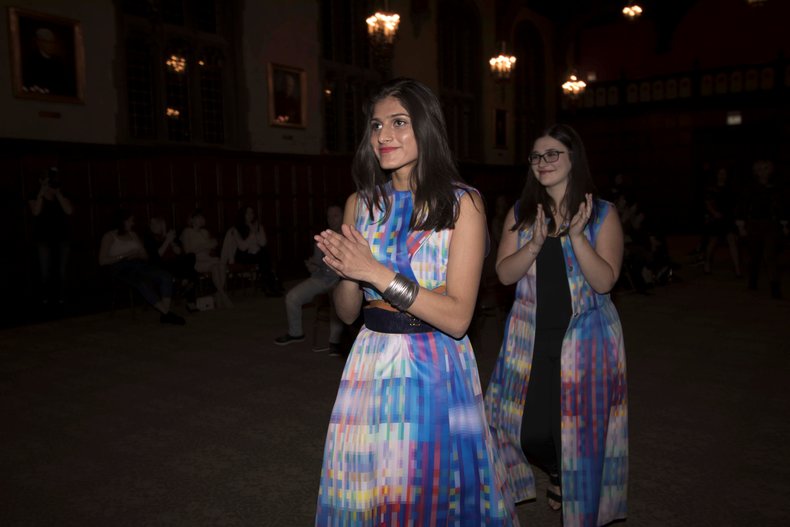