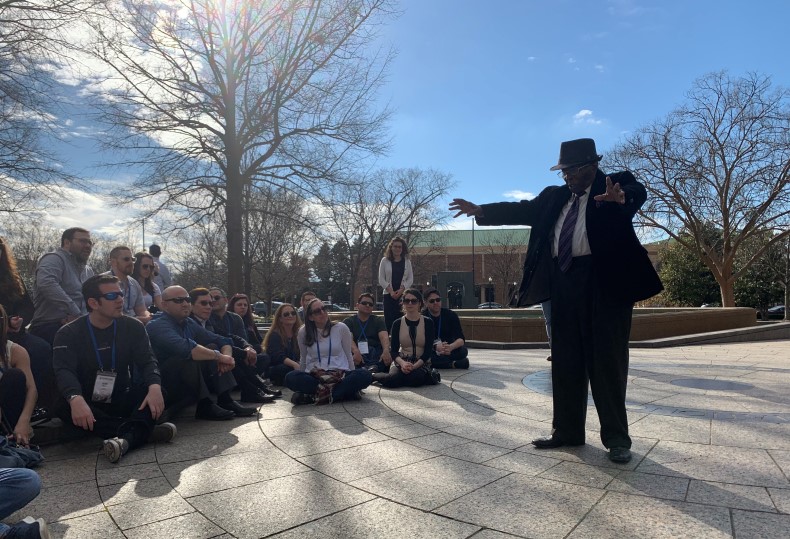 Six Chicagoans joined members of 27 other Federations on JFNA's National Young Leadership Cabinet civil rights mission this winter. Arranged by Atlanta-based organization Etgar 36, the tour traveled to many places of interest throughout Alabama to learn about Southern Jewish involvement in the Civil Rights Movement.

The travelers first visited Montgomery, where they learned about the Leo Frank lynching and the Temple bombing in Atlanta. Next came Selma, the site of the Selma to Montgomery March for voting rights and the horrific "Bloody Sunday." Finally, they visited various places in Birmingham,  including the 16th Street Baptist Church, which was the site of a 1963 bombing, and the Birmingham Civil Rights Institute.

Along with the sites, attendees got to listen to people who were involved in the activities of the time, including both African-American and Jewish activists. One woman who they met attended the Selma to Montgomery March as a child and experienced the violence of "Bloody Sunday;" another speaker was a Jewish civil rights lawyer who moved to Alabama to address issues of injustice.

"Today, both Jews and blacks are targets of hate. We must work together to fight injustice," Teplitsky added.

"We must form powerful coalitions such as the spiritual bond formed by Martin Luther King, Jr. and Rabbi Abraham Joshua Heschel in the 1960s. In order to bring change to the world-to achieve our highest ideals-we must live our Jewish values and partner with those who share our vision for a more just and equitable society."

The group's next mission will travel to Tbilisi, Georgia and St. Petersburg, Russia in early April.

"Today, both Jews and blacks are targets of hate. We must work together to fight injustice."