More than 70 years after World War II, historians and others with an interest in the deadliest conflict to date continue to unearth new information. 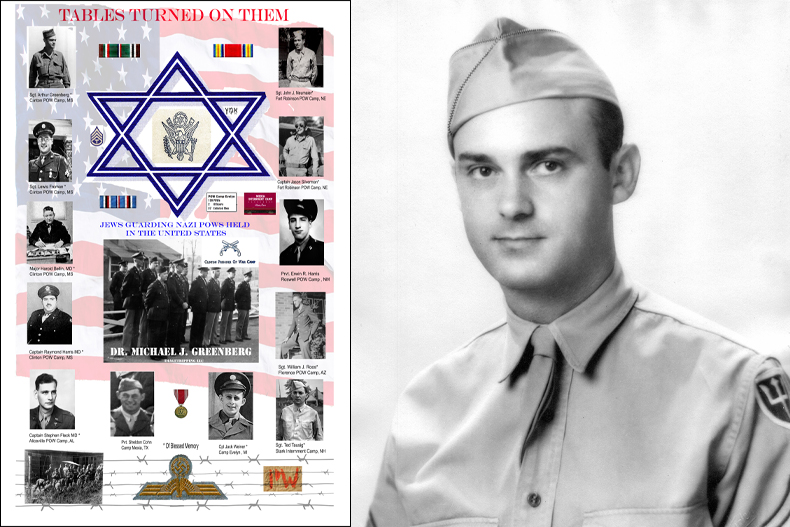 More than 70 years after World War II, historians and others with an interest in the deadliest conflict to date continue to unearth new information.

In the Chicago suburb of Northbrook, researcher Michael Greenberg is contributing to the literature with the release of Tables Turned on Them (Page Publishing, Inc.), a nonfiction account of a little-known facet of the war: the Jewish serviceman who guarded and cared for German prisoners of war (POWs).

As Greenberg -- a retired food-industry scientist with a doctorate in chemistry and dozens of patents to his name -- notes in his book, more than 400,000 German POWs served time at hundreds of camps throughout the United States during and immediately after the war. This statistic is of less interest to him, however, than the fact that at least several hundred American Jews were charged as overseers of the German POWs between 1943 and 1946. This might have presented a moral conundrum to these Jewish soldiers or, at least, an emotionally charged challenge, Greenberg writes, since the Germans' atrocities against the Jews were well known by then.

Despite this, observes Greenberg in his introduction, "the Jewish GIs … treated the prisoners as surrendered soldiers, not as war criminals. Some of the Jews spoke German and knew Yiddish, which paved the way for improved communications and respects from the PWs [sic]." 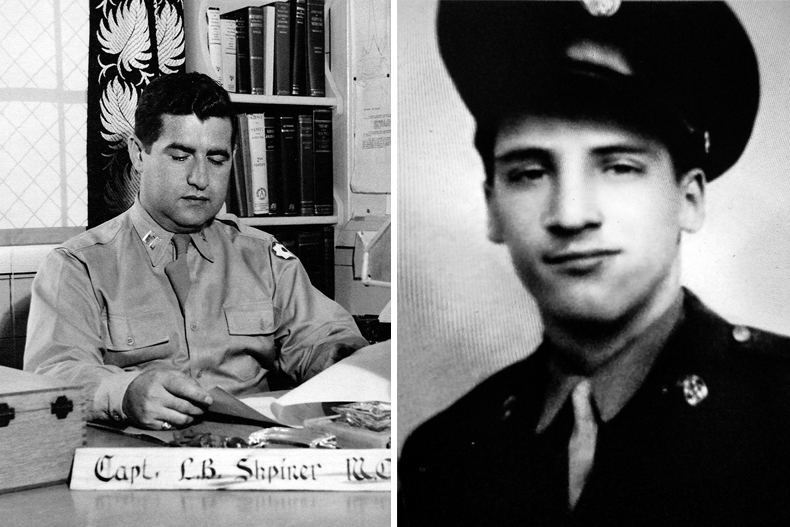 Left: Dr. Leonard B. Shpiner served as a captain with the Army Medical Corps stationed at a POW camp in Louisiana during the war. Right: Erwin Harris, the last surviving veteran profiled in Greenberg's book, died in March at age 94.

Throughout his book, Greenberg stresses the humane treatment the German POWs received from the Jewish soldiers, some of whom lost close family members during the Holocaust. Of course, he notes, these soldiers, like others, adhered to international laws stipulating the conduct of soldiers vis-à-vis their captive subjects. But, he points out, it was more than just a question of following orders.

These soldiers, he writes, were "heroes" who "practiced well-embedded Judaism -- tikkun olam (repairing the world)."

Greenberg argues that the Jewish soldiers were motivated to make the world a better place -- even when the place had not been made better for them or their brethren. He goes about proving his point by focusing on approximately 30 Jewish soldiers and military officers -- more than half a dozen with Chicago roots -- who came into close contact with German POWs. He developed profiles of them during years of exhaustive research, which included a review of historic records and documentation, as well as interviews and materials provided by the late soldiers' family members. In a few instances, Greenberg talked with the elderly veterans themselves, including the last surviving veteran profiled in the book, Erwin Harris, of Chicago, who died this past March at 94. 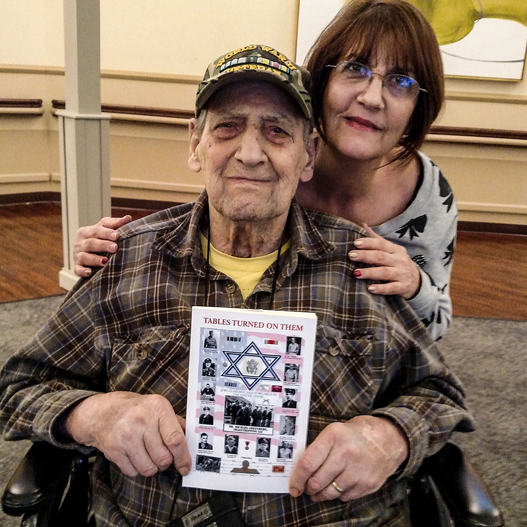 Greenberg contends that even before West Germany, after the war, embarked on a campaign to educate its citizens about their country's complicity in crimes against humanity, those Jewish soldiers in charge of German POWs played an important role in changing the hearts and minds of their captives.

This effort was helped, he said, by an understanding that most of the German soldiers "were not hardcore Nazis," though many of them were virulently anti-Semitic.

"Never, in my wildest dreams, did I think I would be [writing a book]," said Greenberg, who is a former president of the Midwest Region Federation of Jewish Men's Clubs. The catalyst for the book, he said, was a series of letters that his father, Arthur Greenberg, of Chicago, had written to his mother, Betty, while he was a sergeant at the Clinton Prisoner of War Camp in Mississippi. Their son came upon them while cleaning out his parents' condominium in 1997.

"These discoveries were a really big surprise to me," Greenberg writes. "My father never told me he was stationed at a… camp holding German prisoners of war. nor any stories of interactions with German PWs [sic]."

"If my mother hadn't saved these letters," he said during a follow-up interview, "there'd be [no book]."

The first profile in Tables Turned is, naturally, that his father, who died in 1998. Had he been alive to see his war efforts enumerated in the book, his son speculated, "My father would have said, 'What's all the fuss about?'"

Others appreciate the "fuss." Andrew Glick, of Glenview, and his mother, Nancy Shpiner Glick, of Chicago, were "very proud and happy to tell the story" of their grandfather and father, respectively, Dr. Leonard B. Shpiner, said Andrew Glick. Dr. Shpiner, a captain with the Army Medical Corps stationed at POW Camp Livingston in Alexandria, La., was hugely responsible for containing the spread of disease among the POWs, 148 of whom were infected with malarial parasites.

"It did not matter that they were German," said Nancy Shpiner Glick, noting that her father, who subsequently became a successful physician in Kankakee, Ill., was solely concerned with the welfare of his patients.

Tables Turned on Them is available through Amazon. 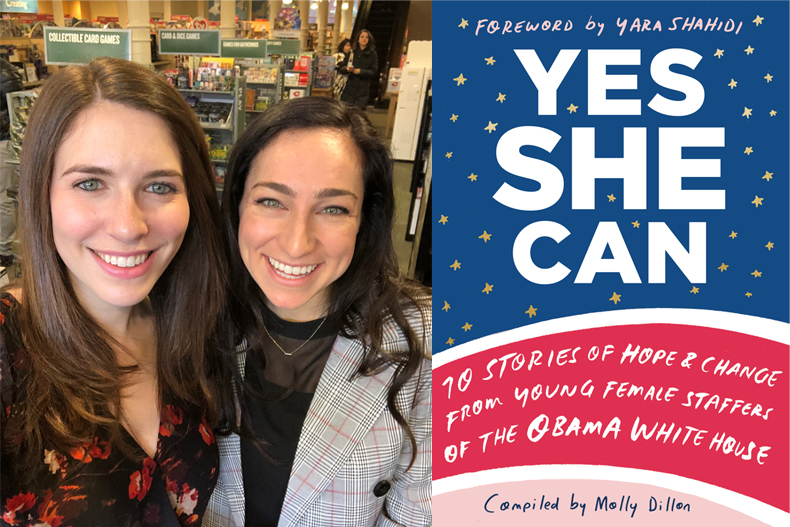 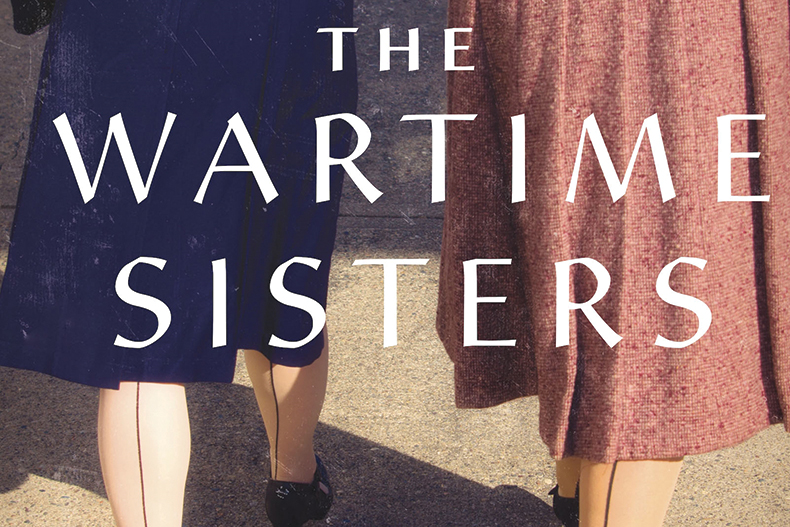 Arts
Lawyer turned novelist conjures up tales of Jewish Brooklyn
Once upon a time, not very long ago— during the Carter and Reagan administrations— there lived a very bright and perceptive Jewish girl, Lynda.
Advertisement